Chelsea are on the brink of signing Real Madrid wing-back Danilo, according to reports in Spain.

The Blues are chasing the 25-year-old Brazilian and are believed to be lining up a £31million bid.

Antonio Conte is seeking extra competition for the full-back spots as the Blues face a glut of games in Europe.

Marca reports Danilo wants to leave the Bernabeu for regular football in order to book a place in Brazil’s World Cup squad next summer.

And Italian boss Conte’s insistence he will shine at Stamford Bridge is said to have swayed him towards Chelsea.

Danilo joined Real for £23m from Porto in 2015 but was a bit-part player last season.

Los Blancos feel they do not need to sell the player, who plays mainly at right-back.

Juventus have also been linked with a move for Danilo this summer, which could see Real try and spark a bidding war.

The German plays more central than Danilo, though can also operate on the right. 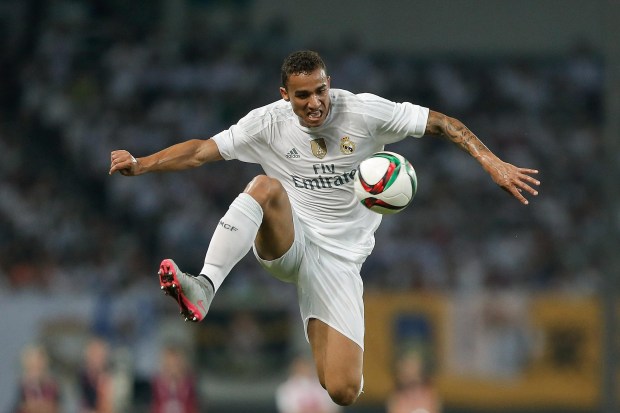