James Rodriguez is set for a sensational reunion with Carlo Ancelotti with the Colombian tipped to end his Real Madrid nightmare.

The forward is being favoured for a move to Bayern Munich, according to reports in his home country.

But team-mate Luka Modric has warned Rodriguez leaving Real Madrid for suitors Manchester United, Chelsea or Bayern, would be a step down.

Rodriguez, 25, joined Real under Ancelotti’s stewardship back in 2014 from Monaco.

He joined just after their Champions League win that year that win the club ‘La Decima’.

But Rodriguez has had an up-and-down time at the club, with Ancelotti and Zinedine Zidane both struggling to keep him in the first team on a regular basis.

Ancelotti is now manager of Bayern though and he wants to give Rodriguez the chance to transform his career in the Bundesliga, according to AS.

He found the net 11 times last season as Cristiano Ronaldo and co marched to the La Liga title, ahead of rivals Barcelona and Atletico Madrid. 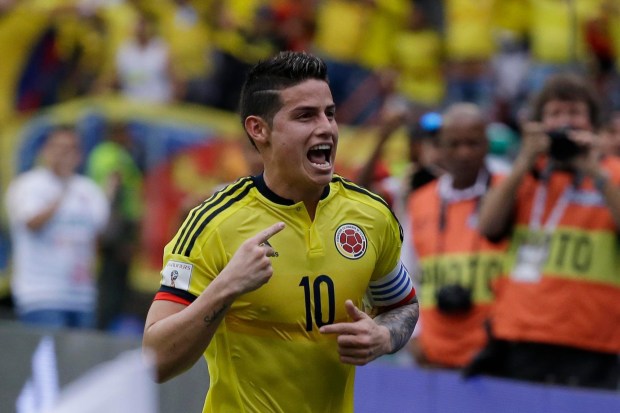 The writing has been on the wall for Rodriguez for some time though and Zidane’s snub for the Champions League final squad in Cardiff may have been the final straw for Rodriguez.

Zidane was completely vindicated, as Real went on to beat Juventus 4-1 in the Principality Stadium as they tore the Italian club to shreds.

And midfield team-mate Modric has warned Rodriguez any switch would be a step in the wrong direction.

The Croatian playmaker said: “It’s certainly not an easy decision to leave Madrid.

“When you leave here, nothing is the same. You’re at the best club in the world, that’s for sure, and from there you can only go down.

“Everyone will have their reasons. If I continue like this, I will do everything possible to stay, but things in football can change fast.”