ALVARO MORATA’S move to Manchester United could be completed TODAY, according to reports in Spain.

After Real Madrid rejected a £70million bid for the Spanish striker on Wednesday, Jose Mourinho increased his offer by £5m to land his top target.

Los Blancos president Florentino Perez had been holding out for £80m, but could be willing to meet in the middle.

Spanish newspaper Marca reported overnight that the offer could be accepted ‘in the next few hours’.

Morata is desperate to move to Old Trafford, where he knows he will be first choice.

FANCY MORATA IN YOUR FANTASY FOOTBALL TEAM? SIGN UP NOW

Mourinho wants a deal in place before his squad fly out to the US for their pre-season tour early next week.

Morata remains on his honeymoon with new wife Alice Campello, but his father, Alfonso, and agent Juanma Lopez, have all but agreed personal terms with United. 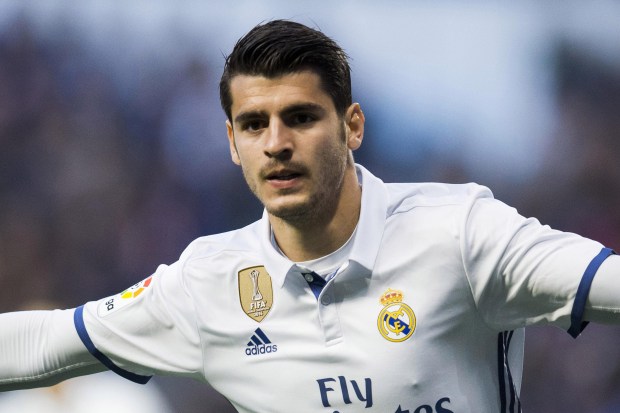 The striker is ready to leave Sardinia to complete his medical and join up with the rest of the squad if the move is finalised.

Mourinho has maintained regular contact with Morata in recent weeks, with the striker keen not to be part of Real Madrid’s squad for pre-season.

The United boss wants Morata to be part of the tour of the US to give the striker as much time as possible to forge relationships with his new team-mates.

United fly to America at the start of next week, ahead of their first game against MLS side LA Galaxy on July 15.

The £75m offer will be the third Manchester United have officially submitted to the Spanish giants – with previous bids of £61.5m and £70.2m not being enough.

Mourinho has been hugely frustrated so far this summer, with only one major signing – Victor Lindelof – arriving so far.

Moves for a host of stars, including Cristiano Ronaldo, Antoine Griezmann, Fabinho, Michael Keane and Renato Sanches have all ended in failure.

Like fantasy football? You can pre-register for Dream Team’s 2017/18 game…