Liverpool have kicked on since their 4-0 defeat to Man City and the Premier League champions look determined to win as many games and score as many points as possible to beat the league’s all-time record.

To celebrate Liverpool relentless rise, Betway are offering a sensational 33/1 enhanced price for the Reds to beat Burnley today at Anfield. 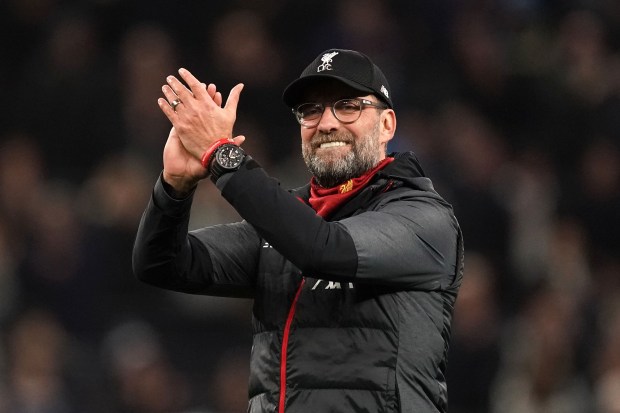 Liverpool have nothing left to do except try to win their remaining home games and match Sunderland’s 128-year-old record of winning every home league match in a season.

The Reds also have their sights on Man City’s 100-point record when they won the league in 2018, with Jurgen Klopp’s side currently on 92 points.

They host a Burnley side who have an outside chance of finishing in the European places.

Liverpool are currently on a brilliant run of 17 wins from 17 home games this season, and 24 in a row going back to last season.

To add to that, the Reds are unbeaten in their past 57 Premier League home games and have won their past 34 league matches when scoring the first goal of the game.

Our Betway buds are offering a boosted 11/1 odds on Mohamed Salah, Gabriel Jesus and Chrsitian Pulisic to score today.

Liverpool’s Salah has netted 15 of his 17 Premier League goals at home this season – meaning Burnley will be quaking in their boots to face the Egyptian King at Anfield.

Pulisic scored for Chelsea last time out against Crystal Palace and has three goals to his name since the restart… and, of course, is the second-coming of Eden Hazard (that’s what my Chelsea supporting mates keep telling me, anyway).

Then there’s Jesus, the lord and saviour of City’s attacking ambitions who’s the main man for Pep Guardiola’s side at the moment with Sergio Aguero on the sidelines.

The Brazilian was on target in their 5-0 thumping of Newcastle during the week and could make light work of Brighton, who are stick licking their wounds from heavy defeats to Man United and Liverpool previously.

*T&Cs – New Customers in UK and Ireland only. Min Deposit: £10 using a valid debit card or PayPal at Betway. Place a single bet of at least £1 on Liverpool v Burnley before 15:00 BST on Saturday 11th July. Only the first bet on this event will be eligible for the promotion. Winnings paid as a Free Bet. Free Bet will be valid for 7 days. 18+ Begambleaware.org Full Terms Apply