Last Thursday we received word that the Premier League is all set to return on June 17. It’s the news we’ve all been waiting for! And more importantly, United will most-likely be pencilled in to play Spurs on the weekend of June 19, 20 and 21. That means we’re coming for you Jose, you lockdown-skipping twonk…

But in the meantime, let’s tuck into a nice succulent helping of United Uncut, shall we? We’ve got some good news on Ighalo, some tasty titbits on Saul Niguez, and an extra-special reward for Rashford…

Let’s start with biggest United-related story of the week (so far) then, with confirmation coming on Monday that the lovely Odion Igahlo is sticking around at the club for a little while longer…

The Nigerian was supposed to return to Chinese side Shanghai Shenhua on May 31 when his loan deal expired, but United have reached an agreement with his parent club to keep him on until January 31.

Brilliant news, huh? The back-up striker has really taken to life at United – the club he’s supported since he was a young boy – with a tally of four goals in eight appearances so far; against Club Brugge, Derby (2) and that wonderful strike against LASK.

Personally I’m pleased as punch that he’s sticking around. He seems like a lovely lad and his enthusiasm for the club is infectious. Let’s hope he can continue his decent little run of form and bag some more goals when football returns!

The ‘kicker’ writes itself for this one, with Atletico Madrid midfielder and long-time United target Saul Niguez sending Twitter into a ‘frenzy’ when he told his followers over the weekend that he’s set to announce his ‘new club’ in the coming days.

How exciting, eh? No? Nah, I’ve never been much of a fan of ‘Twitter frenzies’ myself, either. But the Spaniard is certainly a tease by making everyone wait for this announcement.

Of course, we’ve been linked with Saul since his conception somewhere in Elche some 25 years ago (it certainly feels that way, anyway), and it seems as though United is one of only a handful of clubs who could feasibly afford his £135m buyout clause – and his wages.

What’s more, Paul Pogba’s future remains uncertain and Ole’s scouts have been watching the Spain international all season as a potential replacement. Best keep an eye on this one, I reckon. It’s probably just some nonsense, but you never know… 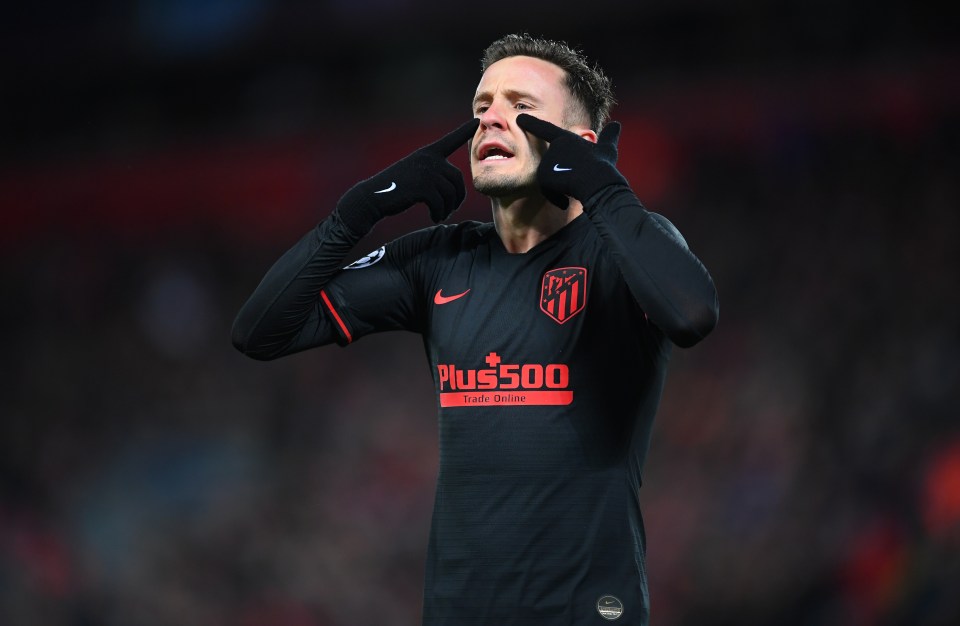 I’ve been so proud of Rashford during this whole entire pandemic.
While the likes of Lacazette, Aurier, Walker and a heap of other players from other clubs have been breaking lockdown rules for car washes, haircuts and, um, ‘parties of questionable ethics’, Rashy’s been making the world a better place…

Our No.10 raised around £20million for FareShare, the UK’s largest charity for fighting hunger and food waste, and since the UK government closed schools in March, he’s ensured that 2.8 million children are still receiving meals.

Well, these wonderful efforts have been recognised by The High Sheriff of Greater Manchester Eamonn O’Neal (yep, that’s a real thing) who sent him a special certificate for his ‘outstanding activity and contribution to the community’.

Wouldn’t normally share these types of things but this certificate is not just for me, it belongs to you all. Each and every one of you that has contributed the few £s you can, you’ve all made a huge difference (1) pic.twitter.com/tyTg3hOKze

I saw this story a week or so ago, so many of you have probably heard it already but I thought I’d mention here anyway as I felt it showed the true class and worth of Man United. We all know it already, of course, but it’s fun to share…

According to reports, the club have told Hearts, Bolton Wanderers and Burton Albion that they do not have to pay their loan payments (which is a combined total of £130,000) as they feel it’s unfair to increase financial pressure on smaller clubs at this time.

The sum is for the players Ethan Hamilton, Kieran O’Hara and Joel Pereira, respectively. Goalkeepers Pereira and O’Hara are currently on season-long loan deals and have accumulated significant game-time at their temporary homes, while Hamilton headed to Bolton after spending the first half of the campaign at Southend – but only managed 12 games for the cash-strapped club before football’s shutdown.

It’s a pretty nice gesture, right? This has been a hard time for all of us, but in the footballing world it’s the smaller teams that are struggling…

Thiago is too cool to be the world's best midfielder — would Jurgen Klopp change that?

Why don't goalkeepers ever do away with their wall?

Liverpool's 200 IQ transfer policy gave them the platform for greatness