“I prefer not to speak, if I speak I am in big trouble.”

Jose Mourinho’s first words as Spurs boss live long in the memory, a response to being branded the “Sam Allardyce of the top six” in his opening press conference.

Mauricio Pochettino was gone and, as the only reasonably respected manager adamant on remaining in London left, there was really only one man for the job.

After leaving Man United in an acrimonious puff of smoke, the time away from the game served him well.

And following a stint on Sky Sports boiling Graeme Souness and Roy Keane’s p***, his hunger for management was back.

Jose’s first move was to shore up Spurs’ porous defence.

Full back was clearly an issue, particularly the lack of pace, and given the wealth of options in attack there was an obvious solution – turn Heung-min Son and Lucas Moura into wing-backs.

When both players initially questioned his tactics Jose quipped “just look how happy Anthony Martial was” before going onto mutter something indecipherable under his breath about Paul Pogba’s hair.

After earning a hard fought 0-0 at West Ham in his opening game in charge, which featured zero shots on target and 29% possession, Jose branded the result ‘football heritage’.

A fortnight later, prior to their showdown with United at Old Trafford, United players complained of hearing a voice repeatedly shouting ‘Pogba’ and ‘virus’ from the laundry basket in the dressing room.

His first return to Manchester would end in defeat, the enduring image one of Jose holding three fingers aloft in his post-match press conference to signify how many penalties Serge Aurier had conceded in the 3-1 loss. 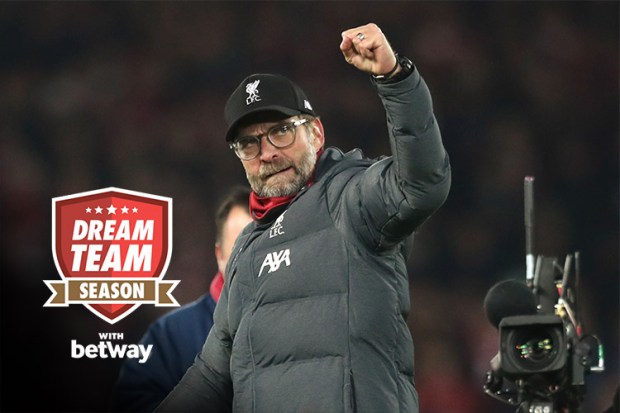 The big games came thick and fast before Christmas, continuing with a momentous clash with ex-pupil Frank Lampard as Chelsea visited north London.

In the build up Jose talked of ‘nothing but respect’ for his former player, but relations soured after the 2-2 draw when he called Lampard a ‘specialist in failure’ and a ‘BTEC Gerrard’.

After initially being promised an ‘unprecedented warchest’ by Daniel Levy, Mourinho broke football forever by offering £200m and Harry Kane for Nemanja Matic and Juan Mata.

Matic was instantly handed the armband, while the signing of Mata was purely to ensure the Spaniard was getting no game time anywhere whatsoever.

Mata would sit on the bench for the rest of the season, occasionally being told to go and warm up by a grinning Mourinho only to see someone else come on instead. Mata spent considerably more time on his blog, which later went onto win the 2020 Pulitzer Prize.

A meeting with Man City in early February produced fireworks. After labelling Pep Guardiola a ‘bald fraud’, Mourinho decided to shave his own head to add to the mind games.

After unveiling his equally bald sidekick Duncan Castles as his assistant, Pep lost the plot, shouting ‘TWIIIIIIICE!’ incessantly at the two Ross Kemp lookalikes in the opposite dugout.

Bald Jose was shortlived though as, after crashing out of the Champions League to former side Inter Milan two weeks later, he emerged from the dressing room sporting Antonio Conte’s wig.

Spurs would secure a respectable 12th placed finish in the Premier League but did reach the FA Cup final, only to succumb on penalties to Pep’s City.

During an animated on-field interview with the BBC’s Sir Alan Sugar, Mourinho said: “I cannot believe these bunch of bottle jobs. We’ve had the perfect season. Pep is bald.”

And with that, Jose was done.

He would last just two more weeks after his desperate attempts to sign Marouane Fellaini in the summer transfer window were rebuffed by Levy.

Who would have guessed he would go onto become Arsenal boss less than 12 months later?

Check out more of our latest features