Johan Cruyff once said: “In my teams, the goalie is the first attacker, and the striker is the first defender.”

It’s Cruyff’s philosophy that has spread throughout football and drastically changed the role of a goalkeeper since David Seaman was between the sticks for Arsenal and England.

A position once exclusively about keeping the ball out of the net, has evolved to the point where goalkeepers are now the bedrock on which teams build their attacks.

Speaking at the UEFA Europa League Trophy Tour, driven by Kia, the 55-year-old admitted that his skill set from his playing days would no longer be enough to cope with what is expected of the modern day goalkeeper.

“If you took me from back then and put me in now, I would be terrible at it, I would be hitting it straight into row z every time,” he said.

“I was never coached to play that way so my gut reaction is to take no risks with the ball.

“We all saw what happened with Petr Cech earlier in the season, there’s an example of a goalkeeper who might be comfortable with the back pass but not with his distribution in terms of playing out into corners.”

While Cech struggled with the demands of Unai Emery’s system, Bernd Leno has proved a superior fit as the Gunners’ No1 this season.

Seaman believes that after what was an indifferent start to the campaign, the German has grown into the role and is getting better with each game.

“If you’d have asked me about two months ago I would have said Leno is doing okay,” he confessed.

“But since then, he’s kicked on and made some big saves and he’s looking better every time I watch him.

“The Tottenham game especially he made some important saves and the Man United game as well.

“He’s settling down a lot more, his confidence is growing and he’s having moments in games that Arsenal fans will remember and definitely when those moments are against Tottenham!”

Leno is not the only goalkeeper to impress Seaman this season.

According to England’s second-most capped shot-stopper, Man City’s Ederson is the best between the sticks in the Premier League right now.

“Compared to everyone else he’s a million miles in front,” Seaman admitted.

“He’s just unbelievable especially with his distribution, he’s got a left foot pass that can pick out a player from about 80 yards.

“There’s no other goalkeepers who are near him for me, David de Gea is there, so is Alisson but for me he takes a few too many risks.

“It’s frightening when I see these goalkeepers doing a Cruyff Turn in their own box, but it just shows how the skills of a goalkeeper are developing.”

While Ederson has enjoyed another successful campaign, Jordan Pickford and Hugo Lloris are two goalkeepers who have struggled to find consistency this term.

Both came into the season off the back of an impressive World Cup but have struggled to replicate that form on a domestic level.

Seaman believes that the high-profile errors made by Pickford and Lloris are just part of life as a goalkeeper.

“All goalkeepers make mistakes, we all do it and we’re all going to do it,” he said

“What I look for is how a goalkeeper reacts to a bad mistake, do they rise to it or do they crumble, that tells me how good a goalkeeper they are

“I look at Lloris and every time he makes a mistake he just comes back with a fantastic game.

“Pickford had a great time at the World Cup and would be full of confidence but it just shows you that it doesn’t always go right for goalkeepers.

“With Jordan, he’s England’s first choice now so every single goal he lets in is going to be scrutinised, welcome to my world!”

Regarding advice the under pressure Pickford, it’s clear what Seaman thinks the 25-year-old should be doing – focusing on his football.

“He’ll get used to all the off-field pressures and learn when to walk away from things,” he said.

“You learn by your mistakes, not just in goal but in life as well, he just needs to carry on being as confident as he is because that confidence makes him what he is, a great goalkeeper.”

Seaman himself knows what it’s like to endure challenging spells as a goalkeeper.

The moustache enthusiast departed Arsenal in somewhat acrimonious circumstances back in 2003.

The situation around his exit from the Gunners left Seaman with a burning desire to prove Arsene Wenger wrong for letting him go.

“It was weird because my last game for Arsenal was the Southampton FA Cup final, that we won and I was captain,” he said.

“Arsene then called me up in the summer and said ‘I want you to be my number three goalkeeper and also my goalkeeping coach’ I was very tempted at that point!

“Until Arsene dropped the bombshell that there’s a 75% wage drop involved and I just started laughing.

“It was strange but in my head I was wanting to prove to him that I was still good enough to play every week and that’s why I joined Man City” he said.

Seaman has flirted with the idea of a career in coaching ever since he hung up his gloves in 2004.

With the exception of a brief spell working with the youth goalkeepers at Arsenal, he has largely remained out of the game.

However, that hasn’t stop Seaman receiving offers for his services, including one particularly surprising phone call from across north London.

“Just after I retired I looked at the possibility of getting into coaching,” he admitted.

“Chelsea wanted me when Petr Cech was there but I felt like I needed a longer break so soon after retiring, I don’t think I would have gone there anyway.

“It gets worse though, when Harry (Redknapp) went to Tottenham, he tried to get me to go to Tottenham with him!

“I said to him that there was no way I’m throwing 13 years down the drain to go and coach their keepers.”

Seaman was talking at the first ever UEFA Europa League Trophy Tour, driven by Kia.

As part of the tour, Kia has teamed up with the UEFA Foundation for Children, urging fans to donate their unwanted football boots to help Syrian refugees living in camps in Jordan.

Fans can find their nearest participating dealerships by visiting: www.kia.com/uk/trophytour2019. 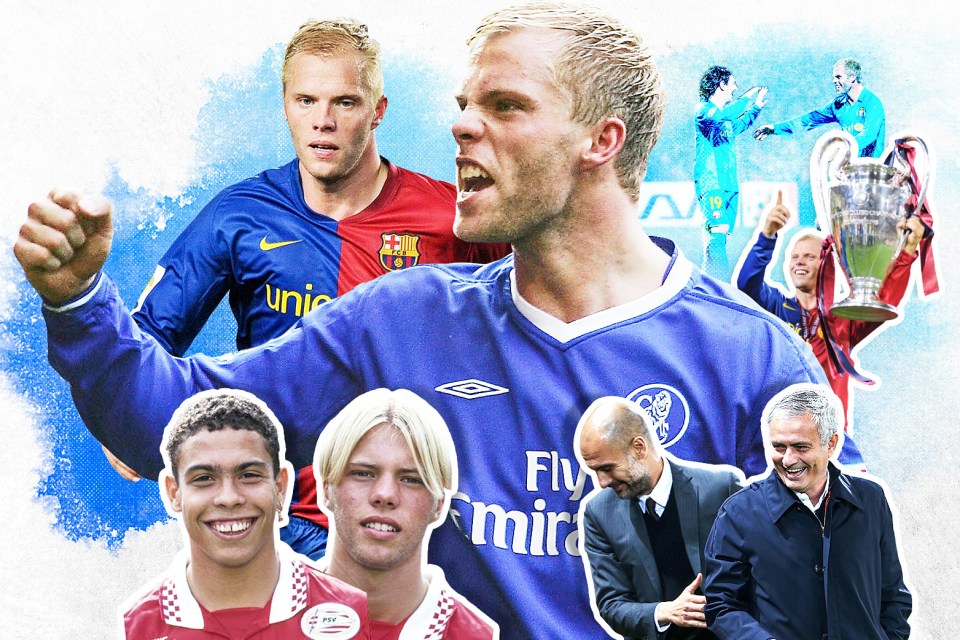