Spanning across 22 years and taking him to a number of Europe’s biggest clubs, Eidur Gudjohnsen enjoyed a career that would be the envy of most footballers.

Iceland’s all-time record goalscorer played alongside some of the world’s best players and for some of the greatest managers in recent history.

Speaking at the UEFA Europa League Trophy Tour, driven by Kia, Gudjohnsen revealed what it was like to be at Barcelona to witness Lionel Messi develop into one of the best players in the world.

“Messi wasn’t a guaranteed starter until the season that I joined (2006/07), but when he did break through and became a regular he was just unbelievable,” he said.

“What amazed me the most is that everyone around him, all of us players in the dressing room, the fans, everyone was saying ‘he’s going to be the best in the world’ and the way he took to it was just like it came naturally to him.”

It’s alongside Messi at Barcelona where Gudjohnsen enjoyed the most successful season of his career.

The Icelandic forward was part of the famous Pep Guardiola side that achieved a historic treble in 2008/09.

The Catalan club wrapped up La Liga, Copa del Rey and Champions League titles in the same season, a feat which has not been repeated since.

“It was just an absolute joy to be in training every day at a club like that,” Gudjohnsen reflected.

“The standard of the players there, the individuals you meet and share the dressing room with was incredible to be a part of.

“So he was printing that idea in our minds already, but I remember that we actually lost our first game in the league that season, we were really bad!

“We lost 2-0 and Guardiola came into the dressing room and just said ‘have you not been listening to anything that I’ve said?’

“It took us a while to click, but I think it was a win we had against (Real) Betis where everything came together and from then on it didn’t matter who played and in what position, we knew exactly what we were doing and we were unstoppable.”

Guardiola isn’t the only member of managerial royalty who Gudjohnsen played under.

The now Man City manager’s long-term nemesis Jose Mourinho also played a part in the tutelage of the Icelandic striker during a trophy-laden spell at Chelsea.

Gudjohnsen, who scored 76 goals in 255 games for the Blues, revealed that his two former managers are more similar than many would believe.

“In terms of their eye for detail and wanting to give every little bit of information about the opposition to his players they’re both very similar,” he said.

“In my experience there was no huge differences in the way they set-up their training and get their ideas over to the players.”

However, there are still differences in how the pair view the game that, according to the 40-year-old, make them the unique tacticians that they are.

“Guardiola is more focused on the style of play and the performance, whereas Mourinho is more result-minded,” he admitted.

“Jose would forgive a bad performance as long as he can get the three points while Guardiola would rather not win a game but be convinced that the team played to the best of their capabilities.

“Guardiola would also analyse the opponent more in the sense of how can we create spaces for ourselves to beat them, whereas Mourinho might say ‘this is how we nullify the opposition.’

“Personality-wise they were also completely different, Jose was more confrontational whereas Guardiola wants to avoid any confrontation and just wants everything to be smooth.

It’s no coincidence that success followed Gudjohnsen at Chelsea and Barcelona when two of football’s most iconic captains were in the respective clubs’ ranks.

John Terry and Carlos Puyol were stalwarts of Stamford Bridge and the Nou Camp and it was their leadership that, according to Gudjohnsen, was crucial to the trophies that both clubs won.

“John was a natural leader who had to learn the trade of being captain on the pitch,” he said.

“He took the armband from a young age and grew into the role with experience and as he got older he ended up learning the role to perfection.

“When John played you knew exactly what you were going to get and as a team-mate he would not let you drop your standards.

“Puyol was very similar, he would run through a brick wall for the team if he had to!

“And when you have someone leading you who looks like Conan the Barbarian it’s difficult to really go against that!”

While a young Gudjohnsen was still cutting his teeth at PSV, his path to the top was abruptly halted by the emergence of Ronaldo.

The Brazilian had just been signed from Cruzeiro and was in direct competition with the Icelander for a starting berth – a contest that Ronaldo would eventually win.

Despite the Brazilian ousting him from the starting lineup, Gudjohnsen reflected fondly on his former team-mate: “He was a player who could just do everything at full speed and at his best, injury-free, he was unstoppable.

“I was coming up through the ranks and he was signed as a young superstar and already he was considered as going to be the best striker in the world.

“Defenders couldn’t mark him, he was strong, quick and just amazing to be around.”

The list of star names who Gudjohnsen played alongside truly knows no limits.

However, according to the former Chelsea man, the team-mate who he believes was the best strike partner of his career might raise an eyebrow – Jimmy Floyd Hasselbaink.

As soon as you take a look into the numbers behind their partnership, Gudjohnsen’s rational makes unquestionable sense.

The duo enjoyed their most prosperous season in 2002/03 when they combined for 25 goals, guided the Blues into the Champions League and became fans’ favourites at Stamford Bridge.

“We just clicked, we were so different but so alike in many ways,” he said.

“It was like taking blue and yellow and you get green, mix two together and you just get the perfect outcome.

“I knew exactly what he was going to do, his power and his pace and finishing was tremendous and it made my job easier.

“We didn’t even have to talk sometimes, the only time we really spoke was when Jimmy was telling me off for not passing the ball, that was it!”

Gudjohnsen was talking at the first ever UEFA Europa League Trophy Tour, driven by Kia.

As part of the tour, Kia has teamed up with the UEFA Foundation for Children, urging fans to donate their unwanted football boots to help Syrian refugees living in camps in Jordan.

Fans can find their nearest participating dealerships by visiting: www.kia.com/uk/trophytour2019. 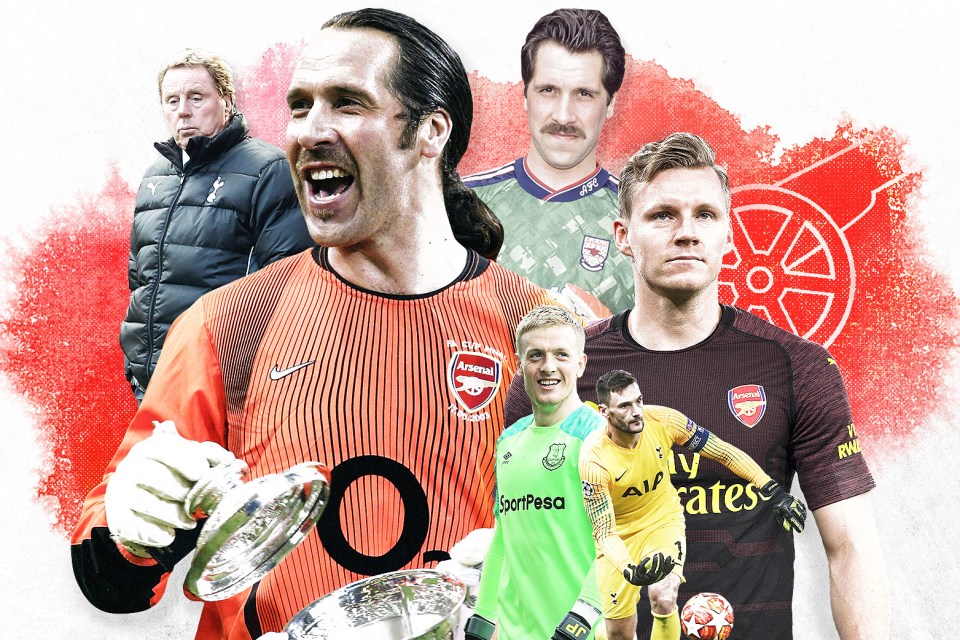