Last month, we all finally got to see the UEFA Nations League in all of it’s overly complicated glory.

And the verdict so far? Yeah, it seems pretty good.

But now it’s time to get your beard oil and Portland Timbers shirt out at the ready, because the fun’s only just started for all of you football hipsters out there.

We’re all excited by the idea of friendlies becoming more meaningful and competitive, and it’s also a great chance for teams to play against their international equals.

Which is perhaps why ‘League D’ is arguably the most well-rounded and intriguing of the lot, as we finally get to see what the likes of Luxembourg, Kazakhstan, Georgia and Kosovo can do.

Because we’ve all been wondering that, haven’t we?

Ordinarily, the 16 teams that populate the lowest ranked league in the competition would be the whippings boys of the upcoming qualifying groups for Euro 2020.

But now, one of Azerbaijan, Macedonia, Belarus, Georgia, Armenia, Latvia, the Faroe Islands, Luxembourg, Kazakhstan, Moldova, Liechtenstein, Malta, Andorra, Kosovo, San Marino or Gibraltar will qualify for the next European championships through this new competition.

So if you fancy some excitement elsewhere, then League D could be the one for you.

There’s a couple of standout sides among this lot – and we’ll get to those shortly – while the respective histories and players in each team surely make this the greatest hipster group of all time.

Everyone’s got their beady eye on Georgia, and why not?

They’re one of the strongest teams out of the 16 teams in League D and will surely come out as Group 1 winners.

This is backed up by their occasionally impressive performances during qualification for the 2018 World Cup, as they proved to be a strong side at home and even picked up points against the likes of Wales and the Republic of Ireland.

Keep an eye out for Kazakhstan too, who have enjoyed recent wins over the likes of Hungary and Azerbaijan.

Things are looking very good for Luxembourg at the moment.

First of all, we get to see the brilliantly named F91 Dudelange in the Europa League this season, making them the the first side from the tiny nation to compete in the competition. They’ll be up against AC Milan, Olympiakos and Real Betis.

But these are also great times for their national side.

They opened Group 2 with an incredible 4-0 win over Moldova, with youngster Christopher Martins finishing off the scoreline with an audacious chip (check it out above). This comes after their 1-0 win over Georgia in June and a very pleasing goalless draw against Senegal.

They’ll surely be hoping to get the better of Belarus for a place in the play-offs.

Kosovo are the standout side from Group 3, mainly because they’re so new to all of this.

In fact, their clash against the Faroe Islands on Monday was the first time the team’s played a competitive game in Kosovo itself.

A special night in Pristina at the newly-renovated Fadil Vokrri Stadium, as 🇽🇰Kosovo beat Faroe Islands 2-0: their first ever competitive win

During the game, fans paid tribute to the former FFK President, who sadly passed away earlier this year#NationsLeague

The tiny landlocked country was only admitted as a member of UEFA and subsequently FIFA in 2016, and they went onto draw once and lose nine of their matches in the 2018 World Cup qualifiers.

They also enjoyed an impressive 0-0 away to Azerbaijan in their opening Nations League match last week before stunning the Faroe Islands in a 2-0 win, another first for the side.

Overall, many believe Kosovo could be one of the teams that can seriously fight it out for the Euro 2020 qualification spot.

Our favourite fun facts of Group 4 is that Macedonian legend Goran Pandev is still knocking about.

The former Lazio favourite – who’s at Genoa these days – is now aged 35, but is still very much a big part of his country’s line-up.

He even netted the second goal in their 2-0 win over Armenia at the weekend.

Goran Pandev goes down in the box after what looks like the faintest of touches and the referee gives the penalty, which is stuck away nicely.

If Armenia want to challenge Macedonia in Group 4, then it’ll come down the repeat fixture at home next month.

As for Gibraltar? The minnows of the competition will just enjoy a bit more of a level playing field, we imagine. 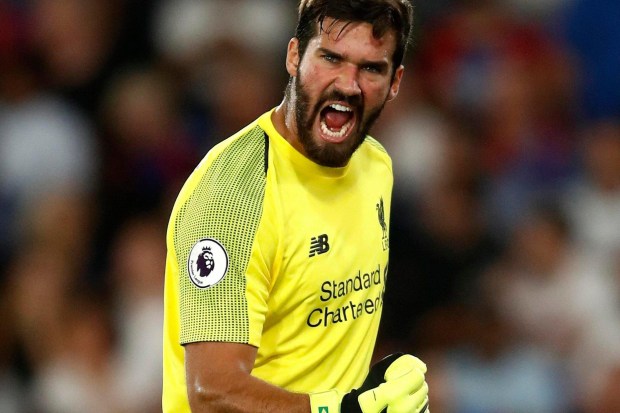