Liverpool have sent shock waves around the rest of the Premier League this summer.

The Reds have spent a fortune to with a view to a serious title challenge.

But despite the influx of new arrivals, could a returning face hold the key to their fortunes this season?

Here’s two arguments which I’m willing to either debunk or trivialise; one is that Daniel Sturridge might as well be made of crisps, the other is that pre-season fixtures are irrelevant.

Sturridge’s Liverpool career looked all but dead and buried in January after the club shipped him out to West Brom on loan.

To say his spell at the Hawthorns perfectly surmised his last four or five years – injury plagued to the extent that fans started to question his existence altogether – is an understatement.

But there’s been nothing existential about his return to Anfield this summer.

Under the radar, Sturridge has quietly gone about building up his fitness and impressing Jurgen Klopp.

A goal against Torino last night took his pre-season tally to six goals.

He knows better than most that Roberto Firmino is Klopp’s ideal number nine to lead the attacking line, instigating the press and allowing Sadio Mane and Mohamed Salah to shine.

But a new role might be in the offing – both on and off the pitch.

In pre-season we have seen a more withdrawn Sturridge, dropping deeper and showcasing his creativity instead of running in behind.

The tactical switch makes sense for both parties as Sturridge has lost a yard of pace since his devastating goalscoring days whilst Mane and Salah can assume those responsibilities.

For those who haven’t seen anything of him in the last month, you would hardly recognise him from the dissatisfied figure of last season.

Sturridge’s new found versatility is, as Klopp intimated, like a new signing.

But it has been his role in helping one of the Reds’ big new summer acquisitions that could prove even more pivotal for Liverpool.

Naby Keita arrives in England as one of the best players in Germany in the last two seasons but, like any Premier League new boy, will need time to adjust to life in England.

Sturridge has recognised that and essentially taken their new midfield general under his wing.

The duo have linked up well in pre-season fixtures and also forged a friendship off the field, with Keita stationed next to the striker in the Reds’ dressing room.

Despite a language barrier between the two, there’s been an instant connection, with Sturridge blown away by the midfielder’s qualities.

“I love that guy. I’m surprised how good he is actually, if I’m honest. I knew he was good but I don’t watch German football too often,” he told Liverpool’s official website.

“I haven’t seen a midfielder like him for a while, he is something different. It’s crazy.

“The things he can do with the ball – he can defend, he can pass, he can dribble, he is fast, he is strong. He has got everything.”

Sturridge is now one of the elder statesmen in the Anfield dressing room and he has wasted no time in making others feel like home.

His relationship with Keita is pivotal to Liverpool’s hopes, with the sooner the midfielder settling in the better.

Why Keita could be a Dream Team favourite this season 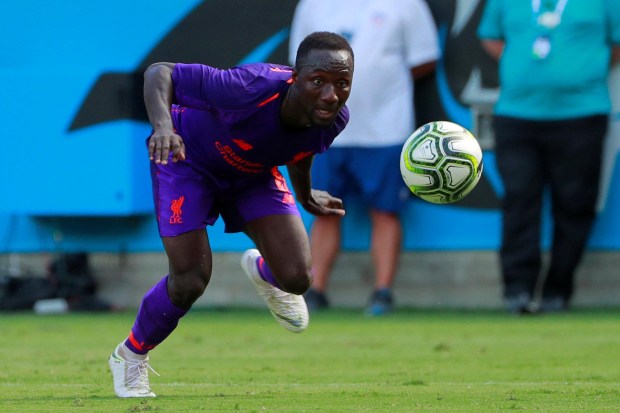 Sturridge’s new role is intriguing, but even if his playing time is reduced his presence is being felt.

Brought in from the cold to stoke the fires of a title challenge.