Man United boss Jose Mourinho is planning a £100m-plus summer clear-out – with a host of first-teams stars facing the axe.

The Red Devils failed to win a single trophy this campaign, after being beaten to the Premier League title by rivals City.

United also lost out on a record FA Cup win yesterday after losing in the final 1-0 to Antonio Conte’s Chelsea.

And Mourinho will ring the changes, after growing tired of his miss-performing squad full of multi-million pound stars.

Anthony Martial is the biggest name set to be sold, with a bid of around £70m understood to be enough to seal a deal.

The French winger’s reps are expected to hold talks with the club before the end of the month over his uncertain future. 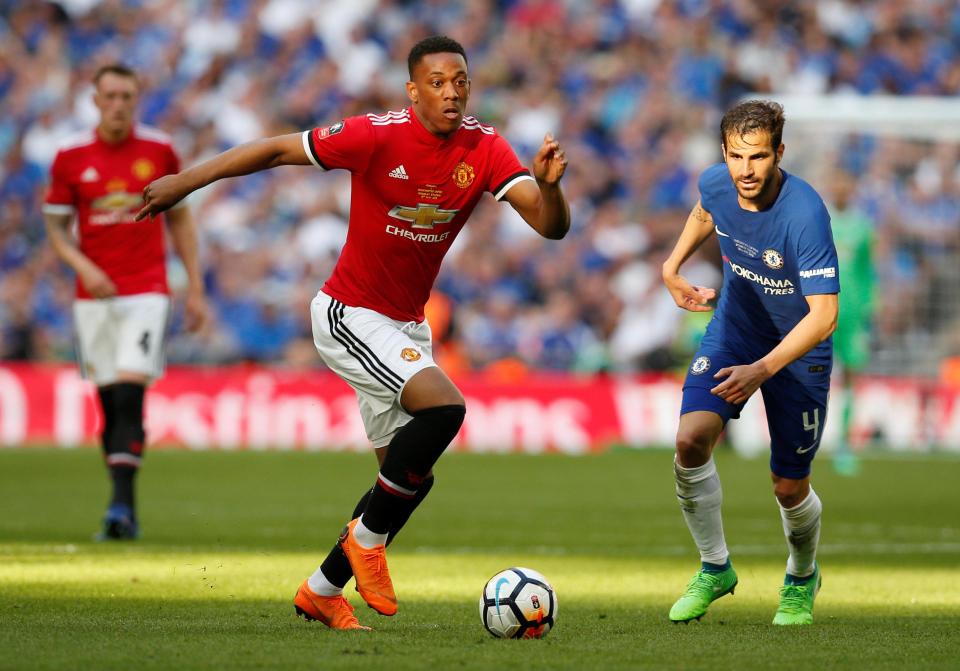 Anthony Martial is in the firing line at United, and wants to leave the club this summer

United can still extend his contract by a further 12-months, then cash in on the 22-year-old if a suitable offer comes in.

Luke Shaw will also be axed if a £25m bid comes in after a number of high-profile bust-ups with Mourinho.

United want what was paid to Southampton for the 22-year-old England full-back when he arrived in 2011.

Matteo Darmian is all-set to return to Italy as well, with a £14m switch to Juventus on the cards.

And the 28-year-old will be joined in an Old Trafford exit by £14m-rated defender Daley Blind, also 28.

It is understood Mourinho will be able to keep all the money he makes from departures this summer.

He is expected to then invest that back into his squad for another charge at the Premier League next season.

Even Paul Pogba has been linked with a move away from the club, but United are unwilling to let him leave.

And the Red Devils chief could have £200m to spend to help bring in talent to help the French midfielder.