Barely two days have passed since the end of the most exhilarating World Cup in recent memory and we’re already looking ahead to the Premier League season.

So yeah, sorry about that. 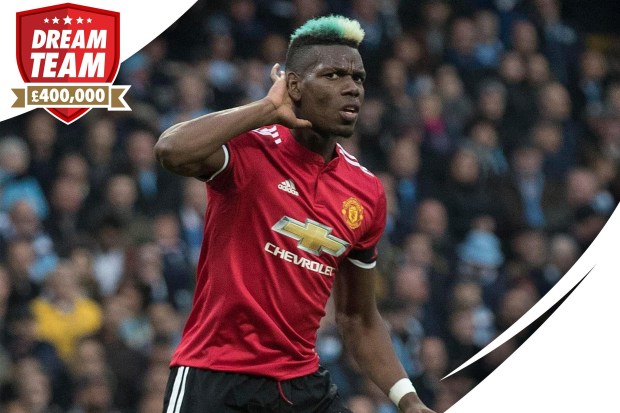 But there’s no harm whatsoever in hypothesising about a campaign which is already taking shape quite nicely.

Here’s hoping it’s the most open Premier League campaign to date dominated, we predict, by these seven stars.

Liverpool fans have had plenty to shout about this season but, without wanting to sound like a broken record, this year really could be their year.

That’s because the imminent arrival of Naby Keita provides the Reds with the midfield linchpin they’ve sorely missed since Steven Gerrard’s retirement.

After two fantastic years, we say goodbye to our midfield maestro 👋

Keita is Paul Pogba and N’Golo Kante rolled into one player, a stunning combination of creativity and dynamism.

In tandem with Liverpool’s fearsome front three Keita could take Liverpool to the next step.

Mendy was cruelly denied the opportunity to stamp his authority on the field last season by a horrible knee injury last Autumn.

Sure he made an impact off the field with his regular hilarity on social media but Man City sorely missed his relentless buccaneering runs from left back.

In fact it’s scary to think how much better the runaway champions could have been with Mendy fully fit.

The Toffees have the forward options at their disposal and in Lookman have a man returning from a loan spell in the Bundesliga with his tail up.

The winger registered five goals and four assists in just 11 Leipzig appearances and surely has to be unleashed at Goodison Park this season.

Bakayoko arrived at Chelsea off the back of a commanding season at Monaco but he really struggled to settle.

The Frenchman was in and out of Antonio Conte’s side more often than you can say ‘Ashley Barnes to Chelsea’ and was regularly scapegoated for some inconsistent performances.

But there were signs at the back end of last season of a return to form and, with a proper pre-season, he could be a real force in 2018/19.

Winks was meant to be the answer to England’s midfield problems at the World Cup this summer but an ankle injury just before Christmas changed everything.

Instead he watched the tournament from home as fitness issues continued to plague him for the rest of the season.

But, with a number of Spurs midfielders’ futures in doubts, Winks could be central to Mauricio Pochettino’s plans as his pivot in the centre.

He’s a very different player to Mousa Dembele but, if he can keep fit, can be just as effective.

Arsenal fans will be hoping Unai Emery can find a way to get their two goal machines playing and scoring together.

Pierre-Emerick Aubmeyang’s arrival in January marginalised Lacazette a bit but he still managed 14 goals in his debut season in England.

It’s no secret that players look better with good players around them and Aubameyang and Lacazette can certainly benefit each other this season.

If defences are distracted by one it creates space for the other.

What happens when you put a Champions League player in the Championship?

Well, surprise surprise, it was all rather easy for Neves who orchestrated Wolves’ easy promotion back to the big time of the Premier League.

Neves has the maturity of a seasoned professional and whether he’s still at Wolves or elsewhere he really is one to watch this season.