The invincible is season is still on.

Barcelona held on in El Clasico as they drew 2-2 with Real Madrid after going down to 10 men in the first half.

Cristiano Ronaldo got his customary goal and Gareth Bale scored a beauty to level the score, but both of Barcelona’s goals were thanks to the same weakness we have seen in Real Madrid all season.

Luis Suarez tapped in the first one after Sergi Roberto broke down the right wing and put the ball on a plate for the Uruguayan and Lionel Messi was criminally left in acres of space outside the area to take it past two players and slot home.

Both these goals have one thing in common – the schoolboy positioning and defence of Real’s left-back Marcelo.

When the inquest to El Clasico inevitably comes this week, it will be no surprise to see the blame for both Barca goals landing at the feet of the Brazilian.

Yes, he may have the best trap skills in Europe, but this isn’t the first game this season he has been caught horrendously out of position.

And it is great news for Liverpool ahead of the Champions League final at the end of May.

Barcelona showed Jurgen Klopp and his team exactly how to exploit Madrid’s biggest weakness and if you put Mo Salah in Messi’s position and replace Luis Suarez with Roberto Firmino, it could have equally devastating effects.

Marcelo starts of relatively near Roberto on the right wing, before allowing the Barca man all the space in the world to run into the Madrid half with the ball. 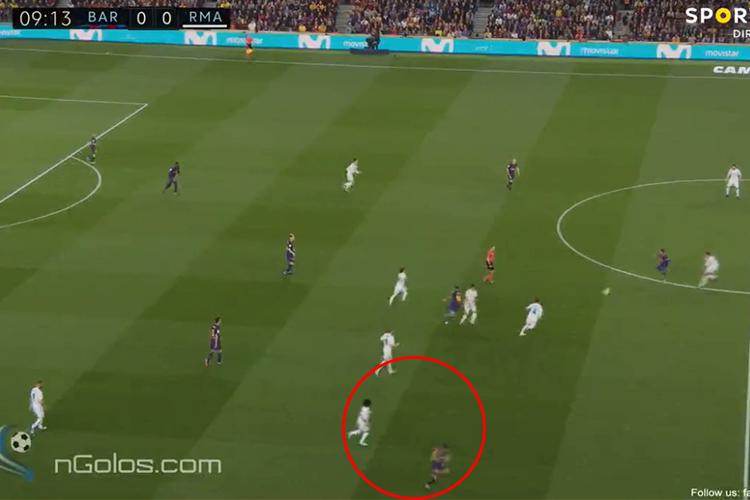 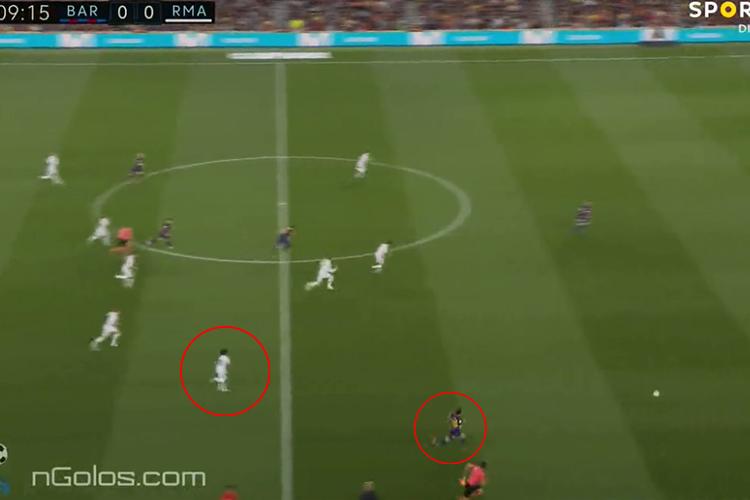 What happens next is defending you wouldn’t expect to see in El Conference let alone El Clasico.

Marcelo barely even sprints to make up for his earlier mistake and Roberto has the freedom of the Nou Camp to pick out Suarez arriving at the back post to open the scoring.

Like I said, Salah down the right wing, to Firmino = 1-0 Liverpool. 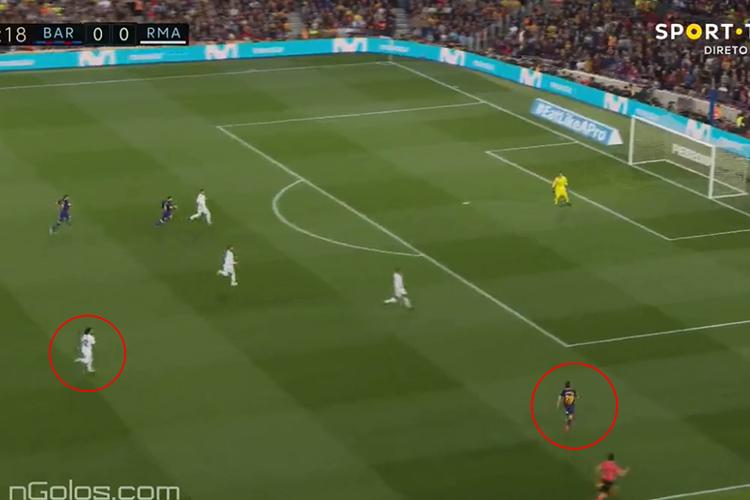 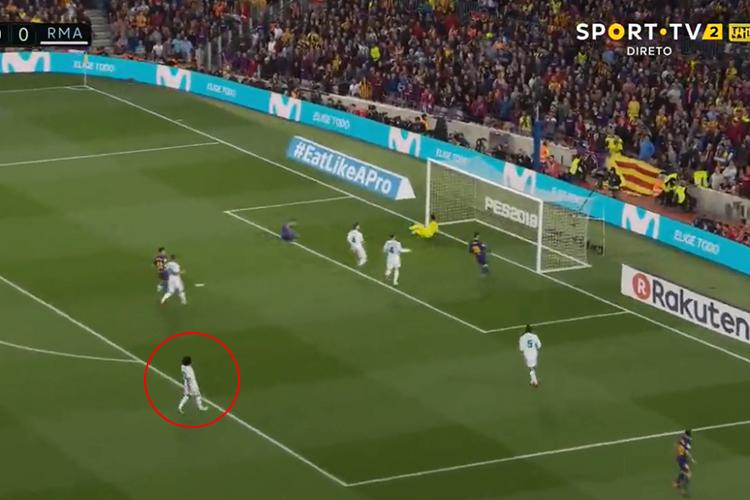 With Cristiano Ronaldo dragging his side back into the game, Marcelo wouldn’t let his team down so badly again… would he?

Especially not if Messi was the player he was leaving in acres of space this time?

You all know what happens next.

Marcelo sees Suarez and Raphael Varane battling for the ball and decides to hold his position around the halfway line, despite Messi being one-on-one with Sergio Ramos in the middle.

Seeing Varane almost get the ball Marcelo completely stops moving thinking a break might be on, unnecessary when you are level on the score against 10 men.

Unfotunately Suarez bullies Varane off the ball and bears down on goal with Messi in tow.

At this stage Marcelo is so far out of position that he is barely even in the picture before Suarez slots Messi in.

The Brazilian has inexplicably allowed his man to have acres of space in a dangerous position for the second time in one game.

Zinedine Zidane will need drill some defensive lessons into Marcelo before he lines up against Salah and co.

No matter how good the Real attack can be, if Marcelo leaves this kind of space against Liverpool there is no doubt that their magical front three will exploit it time and time again.

Jurgen Klopp must be praying the Brazilian starts in Kiev.