So much so, that he’s even willing to face ridicule by appealing the Premier League’s decision not to award him a goal against Stoke a few weeks ago.

BREAKING: Harry Kane has claimed the Royal Baby as his own 👶 pic.twitter.com/rUVLMU3UXc

But even so, he’s still got his work cut out if he’s going to overtake Mohamed Salah’s haul of 31 goals at the very top of the goal-scorers chart.

Kane is currently lagging behind the Egyptian King with 28, going into the final day of the season.

The England striker will be pleased to see that Salah hasn’t scored in his last two league appearances, allowing him to catch up with goals against Watford and Newcastle.

What’s more, Kane has been in this situation before.

Remember last season, when we had to play catch up to Everton’s Romelu Lukaku heading into the penultimate game of the season?

He was two goals behind the Belgium striker with two games to go, but then went and scored four against Leicester followed by a hat-trick against Hull to finish the season with 29 Premier League goals – four more than Lukaku’s final total.

Seven goals in two matches? Who else but Harry.

Spurs’ final game of the season is up against Leicester and Kane has hit a staggering 11 goals against the Foxes over the years – more than against any other club – including the four he notched last term. 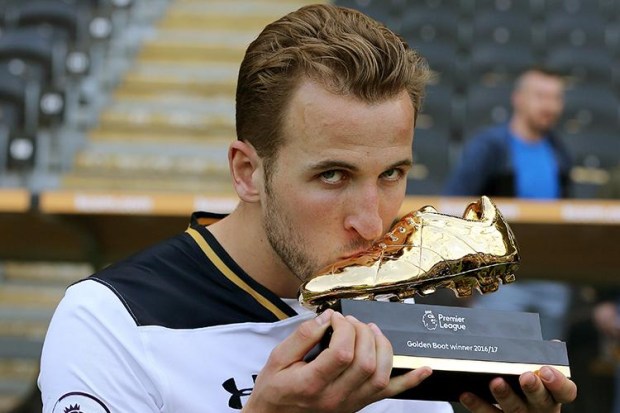 With that in mind, plus the fact that Liverpool might want to give Salah a little bit of a rest for their Champions League run, and suddenly we’re thinking Kane could actually still do this.

What do you think?