The Nigerian forward came to the Premier League in 2016, signing for Leicester in a then club record £16m deal, but failed to show anything like his form in Russia.

And that is where he is playing now; back in Russia with his former club CSKA Moscow, Arsenal’s Europa League quarter final opponents tonight.

Musa returned to the Russian capital in January, after he made just 21 appearances during a frustrating one and half seasons in the East Midlands.

The forward has found his feet back at the club where he made his name.

Musa scored 42 league goals in 126 appearances during his first spell in Russia.

He is without a goal in his four Russian Premier League appearances since rejoining, but netted in CSKA’s 3-2 win against Lyon in the Europa League round of sixteen.

Musa originally had Foxes’ fans drooling after he scored this stunning solo effort in a friendly against Barcelona in his first outing for the club.

He swiftly changed his tune though

Defend Claudio to the end after last season but his faith in Musa is baffling. Now I've said it, please prove me wrong

Sadly, Musa failed to show his best in the Premier League and often looked out of sync with Leicester’s talisman Jamie Vardy.

With two strikers who thrive off getting in behind defenders, Claudio Ranieri struggled to find a system which allowed Musa and Vardy to work together.

Adding Islam Slimani into the mix further dented the Nigerian’s opportunities to impress.

The forward has 13 goals in 65 appearances for Nigeria and tonight he will face off with his countryman, Arsenal’s Alex Iwobi.

Why Musa could cause Arsenal problems 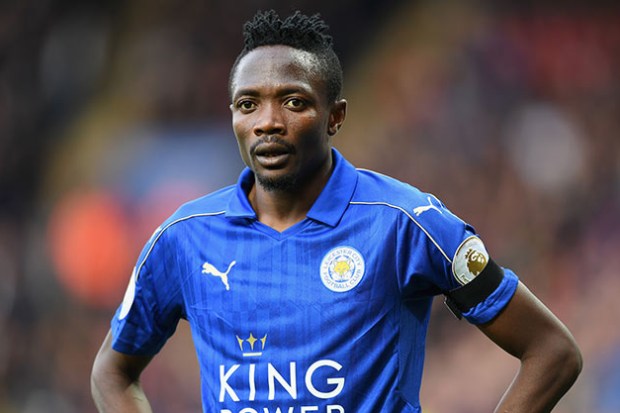 CSKA boss Viktor Goncharenko has occasionally deployed Musa in a wide left role, where his pace could rival even that of Hector Bellerin tonight.

The Gunners last faced CSKA back in the Champions League group stages in 2006.

The Russians snatched a 1-0 win in Moscow, before Arsenal laboured to a disappointing 0-0 draw at the Emirates.

Igor Akinfeev was the keeper that night, where he claimed his last clean sheet in Europe before going onto set one of football’s most embarrassing records.

Tonight, Arsenal will also come up against three of the same back four from the clash in 2006.

CSKA’s defence is still made up of 38-year-old Sergei Ignashevich and thirty-five-year old Aleksei Berezutski and his twin brother Vasili.

So, with a keeper who couldn’t catch a cold and defenders slower than Per Mertesacker, surely Arsenal will back themselves to bag some goals tonight?

Alexandre Lacazette could be the man to score them.

Arsene Wenger has revealed that the Frenchman is fit enough to start, but refused to confirm whether he will.

‘Dat Guy’ silenced some doubters in his last Europa League outing, scoring twice against AC Milan in the round of sixteen.

With the Europa League being Arsenal’s only hope of achieving Champions League qualification, tonight’s match should be an interesting one.

What went wrong for Ahmed Musa at Leicester City? Seriously, I will really like to know..

Um whoever was at Leicester and dropped Ahmed Musa to the youth team is an idiot. He hasn’t lost a step. In fact he looks better on the ball atm 🤦🏾‍♂️

Ahmed Musa that played in the checkatrade trophy for Leicester… Is now in the 1/4 final of the Europa league with CSKA..

Ahmed musa back to scoring goals for cska moscow. I see no reason why he would even want to go back to Leicester again.