Fool me once, shame on you. Fool me- you can’t get fooled again.

George Bush’s infamous words might make absolutely no sense but that’s why they are the perfect accompaniment to one of the most bizarre sagas in recent footballing history.

It features two players who never shy away from controversy- FIFA and Cameroon. 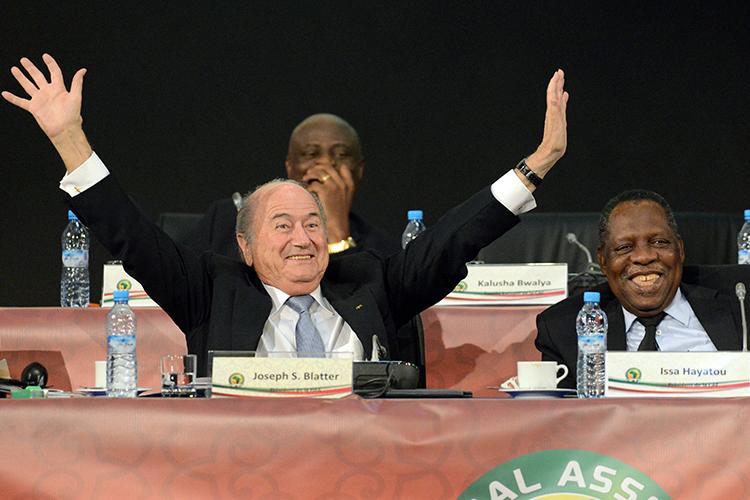 Cameroon were heading into the African Cup of Nations in Mali as one of the favourites.

This was a squad containing Rigobert Song in his prime, a young Samuel Eto’o, Real Madrid midfielder Geremi, a pre-Invincible Lauren and Jacques Songo’o, who was arguably the greatest African goalkeeper ever.

Eto’o and co needed a special kit for the occasion. Something allowing The Indomitable Lions to both stand out and thrive in Cameroon’s climate at its least hospitable.

Cameroon went on to win their fourth African Cup of Nations title with Song picking up the tournament’s best player award.

But FIFA, not traditionally a happy-go-lucky, throw caution to the wind organisation, weren’t impressed.

So Cameroon headed to the 2002 World Cup with black sleeves under their ‘vests’ to keep FIFA happy.

That should have been where the story ended.

But where’s the fun in that? Cameroon had another trick up their non-existent sleeves.

Two years after the vest debacle Winfried Schafer’s squad headed to defend their African Cup of Nations title in Tunisia.

How do you top a sleeveless kit? By wearing a onesie, obviously.

He whined: “It goes against the laws of the game. The rules are very clear, there is one shirt, one shorts and one socks.

Ouch. So what did Cameroon do? They stuck a big ol’ middle finger up to FIFA’s laws.

Cameroon wore the kit throughout the 2004 African Cup of Nations up to the quarter-finals, where they were knocked out by Nigeria.

For their defiance Cameroon were handed a $154,000 fine and docked six-points from their 2006 World Cup qualifying group.

Puma insisted there had been no wrongdoing, saying: “We showed the uniforms to both FIFA and CAF, and nobody told us it was not allowed.

“It is not Puma’s problem that Jerome Champagne didn’t inform Blatter about that.”

A lack of communication between the bigwigs at FIFA? Surely not.

In the end FIFA backtracked on the punishment after Puma brought forward a lawsuit.

Cameroon went back to basics for the 2006 African Cup of Nations and failed to qualify for the World Cup four months later.

The two year war with FIFA was fun while it lasted. Especially because the only losers were fashion and Blatter’s ego.

Now, who’s got the balls to wear a sleeveless onesie at the World Cup?