He’s the man of the moment.

But could Mohamed Salah really upset the Lionel Messi-Cristiano Ronaldo duopoly to win the Ballon d’Or this year?

Salah is relentless, a goalscoring machine like no other in the Premier League this season which should now culminate in the Golden Boot.

The Egyptian King has bagged 13 goals in 12 games in 2018 and currently sits top of the European Golden Shoe rankings too.

So there really is no reason why he can’t win it.

Messi and Ronaldo have shared the last ten awards equally since Kaka lifted the trophy in 2007.

The likes of Franck Ribery and Andres Iniesta have all tried and failed to displace the two demi-Gods. 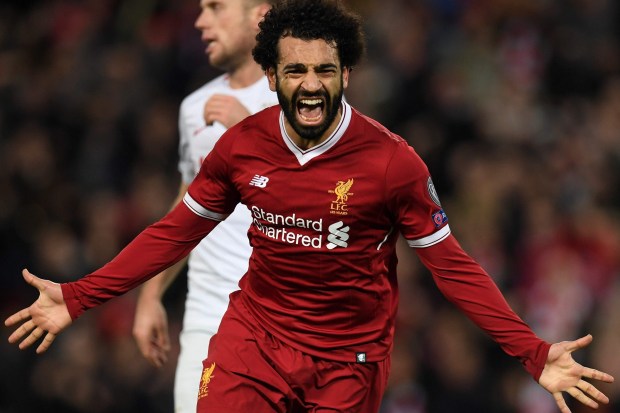 But given Salah’s electric start to 2018 he can’t be ignored.

If – and it’s a big if – the Liverpool star can translate his personal heroics into collective success for club and country he really would be on the radar.

Second place and a Champions League final appearance for Liverpool and then overachieving with Egypt at the World Cup?

That’s the kind of return he needs, coupled with consistent brilliance at the back end of 2018.

But given Salah’s popularity across the board we really fancy him at 14/1 to cause a stir.