Paris Saint-Germain have it all to do this evening, going into their Champions League last-16 second-leg clash against Real Madrid.

The Ligue 1 giants are trailing Zinedine Zidane’s side 3-1 from the first-leg, meaning they only need to win 2-0 to reach the quarter-finals.

However, as we all know, they have to do so without their talisman Neymar.

The Brazilian broke a bone in his foot in a league clash with Marseille last week and will probably be out for the rest of the season. There’s even a concern he could miss the World Cup this summer.

The loss of Neymar is clearly going to be a huge psychological blow to PSG’s chances against Madrid. After all, they forked out £197million for him over the summer to be the attacking linchpin in their Champions League-winning campaign and now he’s unavailable.

But right-back Dani Alves believes the club can still succeed without their No 10.

He said: “Either we sit down and cry, or we get up and do what we have to do.”

And he’s right, because the club is still freakishly strong without him, with leading goalscorer Edison Cavani very-much still in contention for the tie alongside youngster Kylian Mbappe.

And then there’s former Madrid star Angel Di Maria – who scored twice against Marseille in the Coupe de France last week and followed that up with a strike against Troyes at the weekend – who will likely replace Neymar in the forward three.

“With Neymar, PSG are stronger, and without Neymar we are still strong because there are other players,” Alves added.

“For sure, we will feel his absence. But I insist that between sitting down and crying and getting up and getting on with it, I always opt for the second option.”

Alves’ words reflect the spirit of the team this season.

Their ridiculous Champions League knockout against Barcelona last year – when they lost 6-1 in the second-leg of the last-16 having lead 4-0 from the first – will surely still be gnawing away them.

What’s more, they’ll be more than eager to progress in this season’s competition, having failed to go further than the quarter-finals in their past five Champions League campaigns.

In fact, their best performance to date is their semi-final appearance in 1994-1995 when they were eliminated by Milan.

But PSG go into this evening’s game off the back of an incredible Ligue 1 campaign, which is in stark contrast to Madrid’s miserable La Liga title-defence.

Furthermore, they’ve only lost once in their previous 46 home games in European competitions, with just the defeat against Barcelona in April 2015 muddying their record.

But what about Real Madrid?

There’s no doubt that the entire squad is filled to the brim with Champions League experts, but their league form really has been shockingly bad this term.

But Cristiano Ronaldo – who’s been unusually poor, compared to his usual standards – has had an incredible start to the new year, notching 12 goals in the first two months of 2018, including two against PSG in the first-leg. 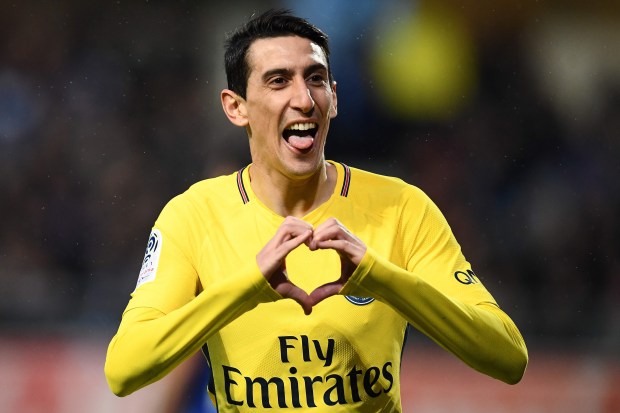 But further back, Los Blancos could be missing two huge names in their midfield in the shape of Toni Kroos and Luka Modric.

The duo have travelled with Madrid to Paris, but both been out of action recently and might not be fully fit for the game tonight, meaning Marco Asensio, Isco and Mateo Kovacic are all possible starters.

Can PSG turn it around?

It’s impossible to predict, but in such a season-defining game for both sides, we’re expecting a fierce performance.

But it’s never been a better time for PSG to show Europe what they can do, even without a certain Brazilian in tow.