Sometimes the Premier League super computer is a cruel mistress.

So often the digital overlord of the season throws up the most theatrical fixtures.

Man City playing Arsenal in the league just four days after humiliating them in the Carabao Cup final at Wembley is one of those occasions.

The club is in a state of panic and the levels of hysteria are reaching the danger zone, calls for Arsene Wenger to step down and rumours of Jack Wilshere plotting a move have filled the back pages this week.

But, Wenger is a master of letting the club hurtle to the brink of a complete meltdown before salvaging a result that calms every one down, until the next harrowing defeat causes pandemonium among the fans.

And there is a weird twist of fate relating to City that could end in Arsenal coming away having reversed Sunday’s result.

Trust me on this one and read why.

Two years ago, Manuel Pellegrini’s City side beat Liverpool in the league cup final on penalties on the last weekend of February, before playing the Reds again three days later.

Can history repeat itself? 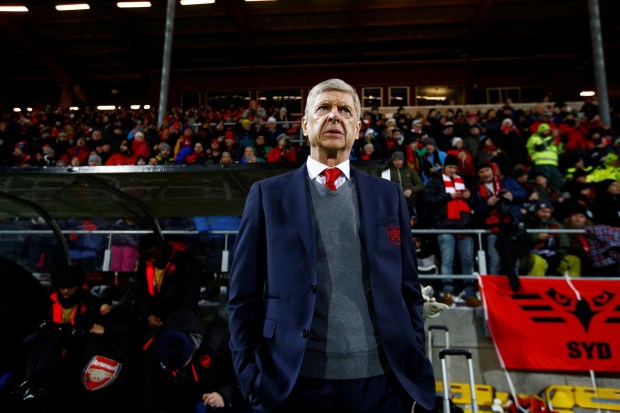 Could the same thing happen tonight against Arsenal?

It would take a huge improvement from the Gunners to go from such a limp effort in conceding three on Sunday to keeping City out and scoring three of their own at the Emirates tonight.

Bear in mind as well that Liverpool took City to 120 minutes with the score at 1-1, only lost on penalties and it was a pre-Pep Guardiola Man City.

But there is hope.

Liverpool proved that sometimes complacency after a cup win can come back to haunt City and as Wigan, Shakhtar Donetsk and Liverpool again have shown this season, they can be beaten.

Also Arsenal had a very positive January transfer window, bringing in Henrikh Mkhitaryan and Pierre-Emerick Aubameyang and if Wenger can somehow get these two in perfect harmony with Mesut Ozil then there are goals in the side.

Nacho Monreal going off injured wasn’t good news for Arsenal at either end of the pitch, but Sead Kolasinac is a tank on the wing and hopefully Wenger sees the wisdom of replacing Calum Chambers for some defensive solidity.

Spurs will probably call it wild dreams but Sun Bets are offering 40/1 on Arsenal repeating Liverpool’s feat of two years ago and winning 3-0.