Footballers and doping, not something that has been widely exposed.

Or punished by UEFA for that matter, well with this case that could all be about to change.

One fateful trip to the US back in 2016 has left Samir Nasri’s football career in tatters.

You will all remember the fallout from the Sevilla player’s trip to US surgery DripDoctors and the resulting allegations.

No? Here’s a little reminder. 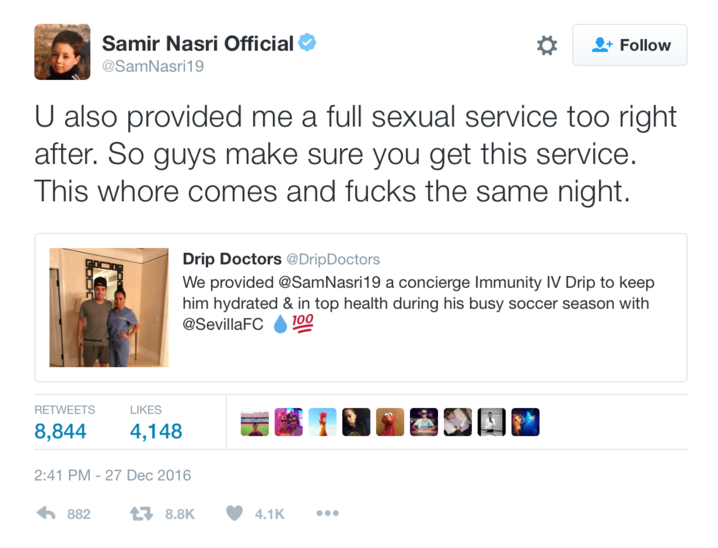 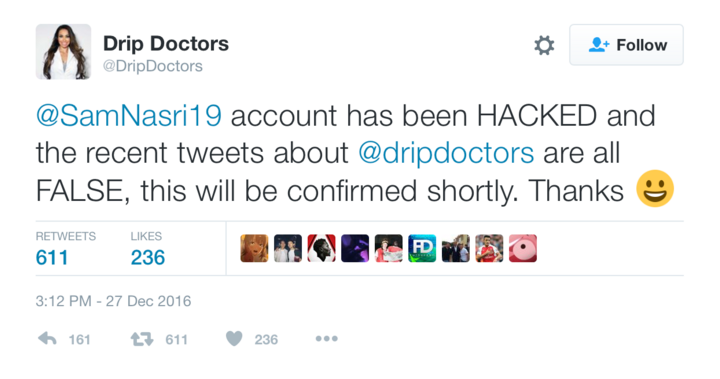 Now, as MARCA are reporting, UEFA are handing the former Arsenal and Man City man a one year ban from football as part of a doping case against the Frenchman.

The decision has also scuppered Nasri’s plans to return to La Liga with a contract on the table at Las Palmas.

Double whammy, but at least he had a good night in LA.

The case went to the Court of Arbitration for Sport and Nasri’s lawyers argued that he should have been under a medical exemption for the treatment he received from DripDoctors, but the ruling stood and UEFA’s initial ban of two years was reduced to one.

After the public spat with the clinic, DripDoctors confirmed that they “applied to Nasri Immunity IV Drip (intravenous serum) to keep it hydrated during the demanding season with Sevilla.”

CAS have been educating on the case since April 2017 and now Nasri finally knows his fate.

MARCA add that the official announcement from UEFA will be delivered on Monday.

So after his breakthrough years at Arsenal, a solid five at City, a season in Seville and half a season in Turkey it looks like we may have finally seen the last of Nasri/

Will we miss him?