Welcome back to the big leagues Man United.

It’s been a while since United fans tasted the sweet air of a Champions League knockout tie, since April 2014 to be precise.

They were the heady days of David Moyes leading the team into the latter stages against Bayern Munich and Patrice Evra scoring worldies.

After the fallow Louis Van Gaal years, and Jose Mourinho’s Europa League triumph, the knockout stages of the Champions League is back.

A trip to Sevilla awaits United tonight and although the Spaniards aren’t too hot in the league this year, they are masters of European football.

Don’t believe me? Just check their trophy cabinet for the last couple of years and then speak to a Liverpool fan about playing them.

SEVILLA TO BEAT UNITED IS 7/4 WITH SUN BETS

Sevilla thumped Jurgen Klopp’s team 3-1 in the Europa League final in 2016 and then when Klopp thought he had got the better of them in the group stage this year, Liverpool ended up throwing away leads twice.

In Seville, the Reds were 3-0 within 30 minutes only for the men from Andalucia to mount a huge comeback for a draw.

And United need to be wary of two of Pep Guardiola’s sleeper agents that have embedded themselves in the side just for these two games. 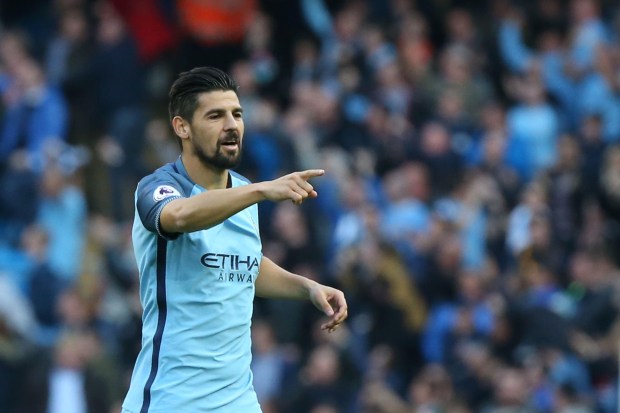 The two ex-City players Jesus Navas and Nolito will have extra incentive to down United tonight with the fire of the Manchester rivalry still burning in their bellies.

Jesus Navas’ time had naturally come to an end at City after 123 appearances, sped up by the arrival of Leroy Sane and Kyle Walker.

Nolito was brought in for just one season and sent over to Sevilla rather abruptly.

What the normal viewer didn’t realise is that Pep was taking his long term planning to next levels by sending these players to Spain with specific instructions to knockout United.

United won five of their six group games and have looked pretty strong in Europe this year, while Sevilla got through with three draws, two wins and a loss.

Frenchman Wissam Ben Yedder is the focal point of attack for the Spanish side and has already notched six times in the Champions League this year.

He is a dangerous player that Mourinho will be briefing his players on keep quiet.

However, while the defence is busy with Yedder, Navas and Nolito could act out Pep’s secret plan.

Could it be one of the former City boys that sinks United tonight?