Alexis Sanchez could achieve a rather rare feat against Tottenham on Wednesday night.

The Chilean could score against the same side in the same Premier League season for TWO different clubs.

Sanchez is in line to make his Premier League debut for Manchester United at Wembley after completing his highly contentious move from Arsenal last week. 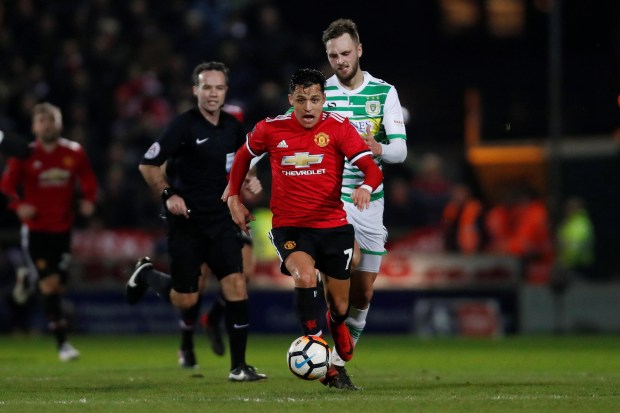 And, after starring in the FA Cup at Yeovil last weekend, the 29-year-old is ready to put Spurs to the sword yet again.

Interestingly, Sanchez only scored twice against Arsenal’s north London rivals during his three-and-a-half seasons at the Emirates.

But, crucially, one of those strikes came in the 2-0 win over Spurs back in November that gave the Gunners bragging rights.

Sanchez has registered a pretty moderate seven goals in the league so far this season but he’ll be chomping at the bit now that he’s finally secured a route out of Arsenal.

So what odds on him breaking his United duck against Spurs?

Well Sun Bets have him at at 19/10 to score any time, but we believe 6/4 for him to score OR assist is extremely enticing.

It would be very Sanchez to steal the limelight, especially on a night when Harry Kane is looking to grab his 100th Premier League goal.