I’m not talking about Eden Hazard and Pedro as Chelsea cruise to a 3-0 lead in the FA Cup.

Hayden will be seeing proper stars after taking the full force of a Marcos Alonso cross field special straight to the face from six yards.

Midway through the first half Hayden was calmly walking over to Alonso to apply some light pressure in Chelsea’s half.

The players were congested on the left side of the pitch and the Spaniard saw acres of green space on the right.

He wound up his pneumatic left foot and launched switch.

Unfortunately for Hayden the ball hit him in the face from just six yards away and sent him flying.

The Newcastle man crumpled to the floor and was looked barely conscious as he felt the full effect.

As the camera pans in Hayden has his eyes closed but his lips are moving.

This must have felt like a hammer from such short range. 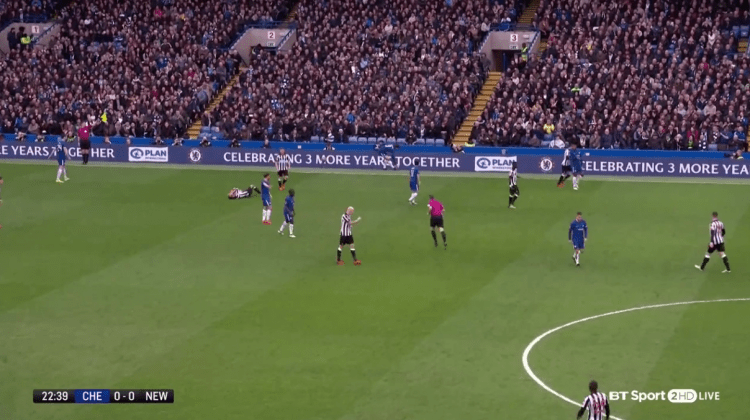 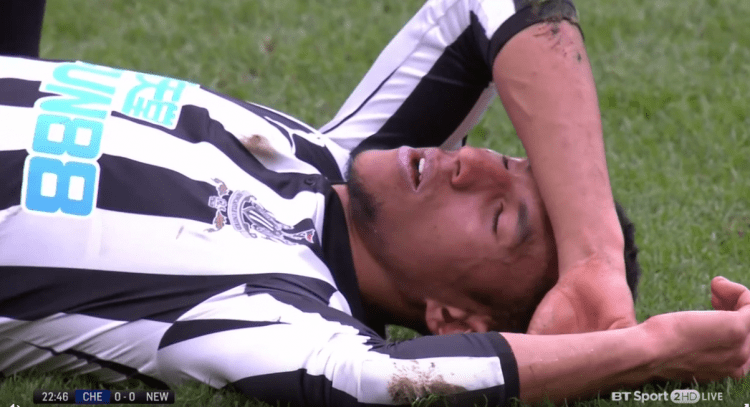 Shortly afterwards a sumptuous Pedro pass led to Chelsea’s first goal scored by Michy Batshuayi before he doubled his tally with a very fortuitous second, Alonso added a third with a delightful free kick from 25 yards.

Hayden managed to recover but he didn’t quite look himself after that one.

Rather you than me, Isaac.

READ MORE FROM THE WORLD OF FOOTBALL: