All this Philippe Coutinho transfer talk has got people talking about the next potential mega-transfer.

Sorry Spurs fans, but everyone is asking how long Harry Kane will stay at the club with the lure of Real Madrid tugging on his sleeves.

Coutinho moved to Barcelona for £142million in one of football’s true galactico signings and, on the day it is being made official, Kane has not put any Spurs fans minds to rest about his own possible move with these quotes.

In an interview with the Daily Telegraph Kane said that Spurs need to start winning trophies to keep him at the club.

Kane is one of the Premier League hottest properties having broken Alan Shearer’s goal record for the calendar and outscoring Lionel Messi and Cristiano Ronaldo in 2017.

He could earn significantly more money if he left Spurs, but more importantly a move to Real Madrid could see his trophy cabinet go from empty (ignoring Spurs third place finish in 2016) to bulging at the seams.

Asked what Spurs need to do to keep him at the club, Kane said: “I’ve always said: keep progressing, keep getting better, start winning trophies. That’s the aim, as long as the club keep doing that then, yeah I’m happy here.”

Worryingly for Spurs fans he added that there was no point trying to keep a player once they had decided they want to go.

Kane also commended Coutinho on his professionalism and the way he dealt with his situation at Liverpool.

Spurs fans you can rest easy as for now Kane is signed up until 2022 and there hasn’t yet been any formal offers made.

What are the odds on Harry Kane joining Real Madrid in the summer? 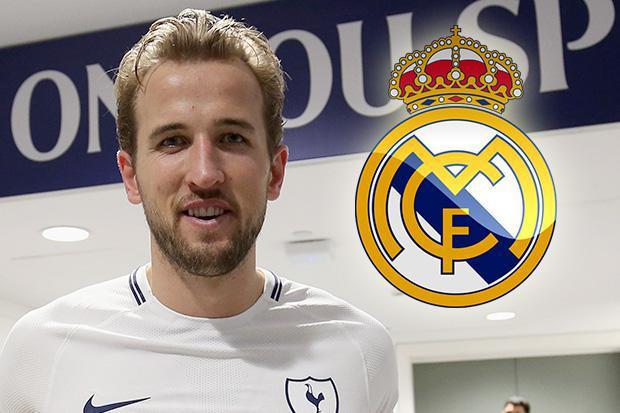 What are the odds on Harry Kane leaving Spurs for Real Madrid this summer?

It is no secret that Florentino Perez, Real Madrid’s chairman, is a huge admirer of Kane and would love to see him banging them in at the Bernanbeu.

The England striker fits everything that Madrid would look for in a player.

And despite Karim Benzema currently in position as Los Blancos’ number nine, it would be no surprise to see a huge offer come in for Kane in the summer.

Sun Bets have Kane to play for Real Madrid after the summer transfer window closes at 5/1.

Kane is young, he’s a prolific goalscorer, has proven it for multiple seasons and shows no signs of slowing down.

He has already scored 30 goals in all competitions this season and netted two hatricks in two games against Burnley and Southampton over the Christmas period.

Spurs might be able to hold onto him for another season but if they don’t start winning trophies they will be waving goodbye to Kane very soon.

READ MORE FROM THE WORLD OF FOOTBALL: