If you’re going to get a stadium ban for something it might as well be this.

The costumed supporters joined in the celebrations in the aftermath of Edinson Cavani’s superb lob. 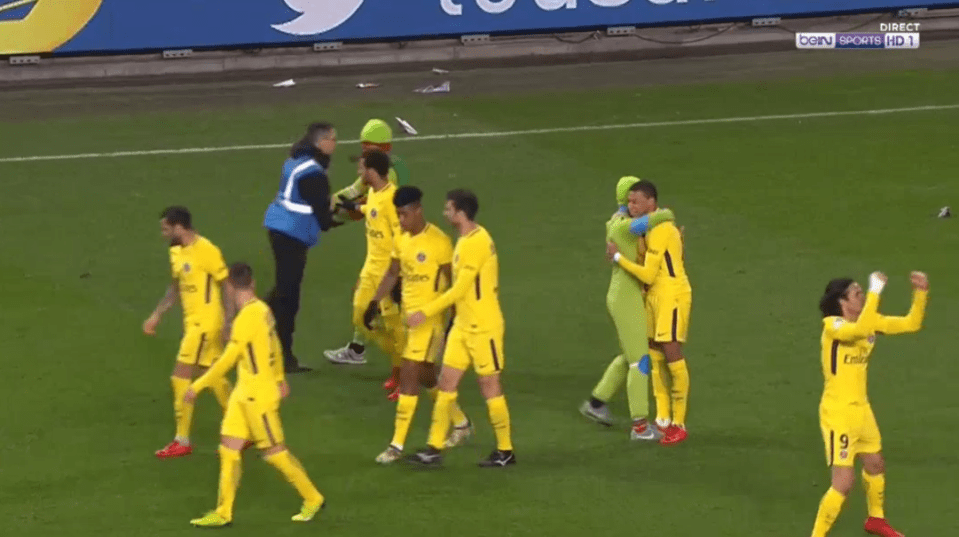 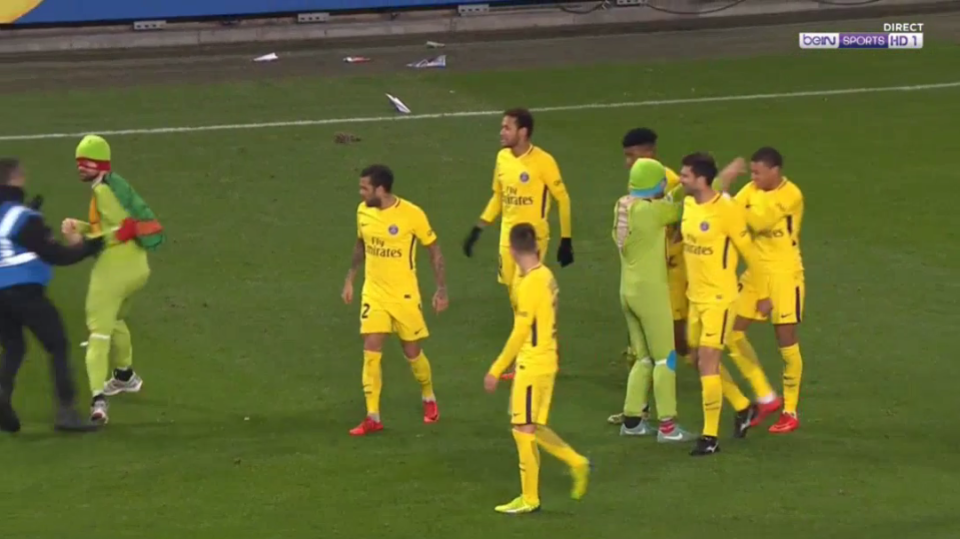 One of the fans hugged a smiling Kylian Mbappe — the 18-year-old was the victim of a dressing room prank last month that implied he looked like a Teenage Mutant Ninja Turtle.

PSG strolled to a 4-1 win with all three of the star forwards on the scoresheet.

Neymar bagged twice while Cavani and Mbappe had to settle for just the each on this occasion.

The Parisian club have a nine point lead at the top of Ligue 1 having scored 55 goals in 18 games this season.

Cavani leads the scoring charts with 18 — Neymar has 11 and Mbappe has seven, though the two wide forwards have eight and seven assists respectively compared to the Uruguayan’s two.

Insert put down about them playing against farmers here.