The Belgian forward has scored just once in his has eleven games and missed a glorious chance against Watford last night so compound his current problems.

Man United won the game at Vicarage Road 4-2 and so Jose Mourinho thought it appropriate to joke about Lukaku’s poor form.

The Old Trafford boss responded to questions about the 24-year-old’s performance by slating his unbranded, all black boots.

One man making up for Lukaku’s barren run over recent days in Ashley Young.

The veteran’s deflected strike sealed the points over Brighton on Saturday, and he produced two stunners on Tuesday to help down his former side.

After a fine half-volleyed opener, he went one better as he curled home a free-kick into the top corner to leave his boss stunned.

The 32-year-old appeared to be on his way out of Old Trafford earlier this year, but he has become one of the first names on Mourinho’s team sheet this season.

And the ‘Special One’ believes that Young is performing “better than ever” for his side.

He told Match of the Day: “Ashley Young trains at free-kicks and his conversion rate in training is good, so it was good he had the confidence to try it, after scoring the first goal.

“I was surprised that Paul Pogba gave him permission.

“At his age, Young’s playing better than ever and I couldn’t be more happy with him.” 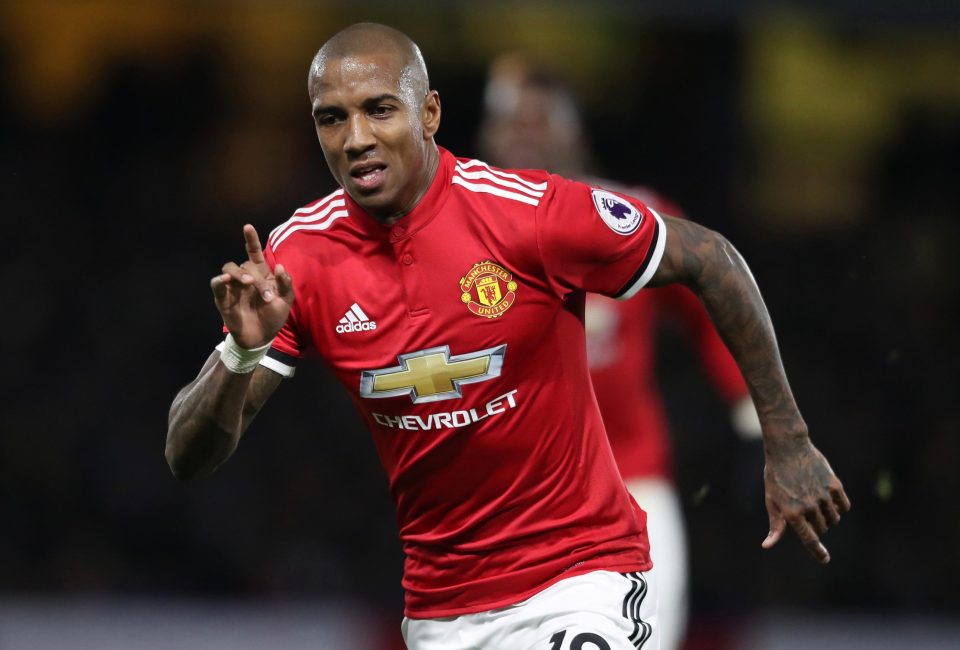 Get him on the plane to the World Cup!