The ‘Expected Goal’ statistic is all the rage at the moment.

And by that we mean, it’s causing a lot of people to rage at the moment.

Whether you like it or not, the latest metric in football analysis is probably going to be sticking around for a while, so we may as well get used it.

But what does expected goals (xG) actually mean and why has it become so important in your life?

Well, by all accounts expected goals is the statistic of the future.

Based on a long recipe of football-related ingredients they are formulated by football stat-gods who compute all the information available on the pitch (imagine Google + the NASA database) and decree whether a chance was good enough to have been scored or not.

Put simply, it is the statistic of how many goals a particular team should score in a game.

Are we clear? Good.

So we got thinking – who in the Premier League have got the highest amount of Expected Goals (xG) so far this season, and who is languishing down the bottom?

After 13 games of the season, Man City are romping away with the title, Burnley are the surprise package and Crystal Palace still rank bottom.

But in terms of xG, things start to look a whole lot different.

We asked stattos Opta for how many xG each Premier League side has at the stage of the season, and here’s the full table. 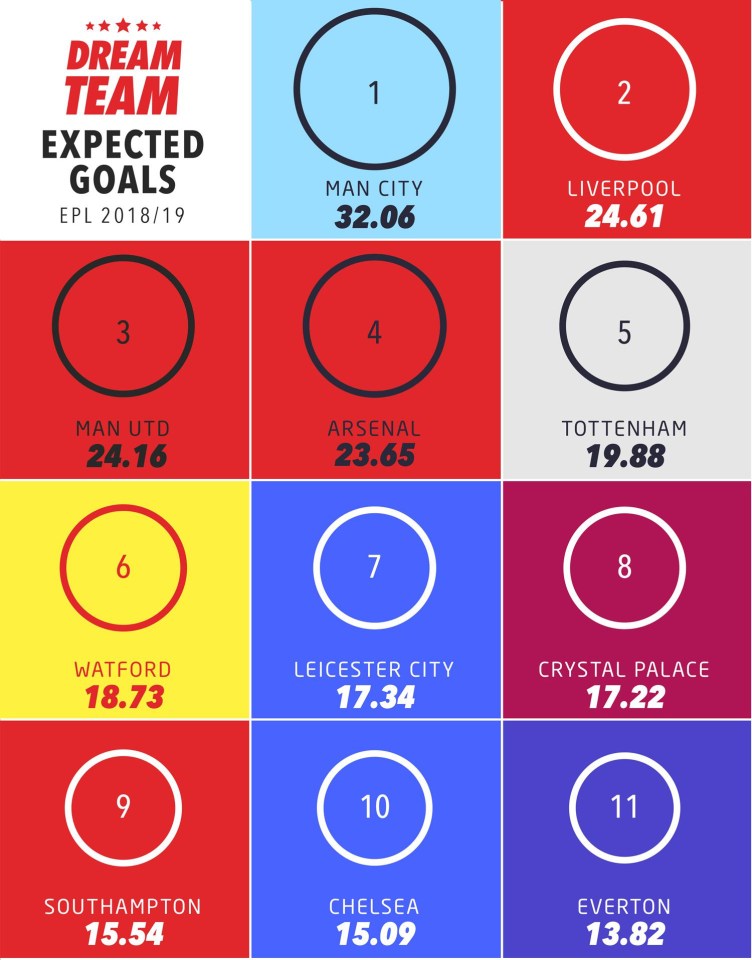 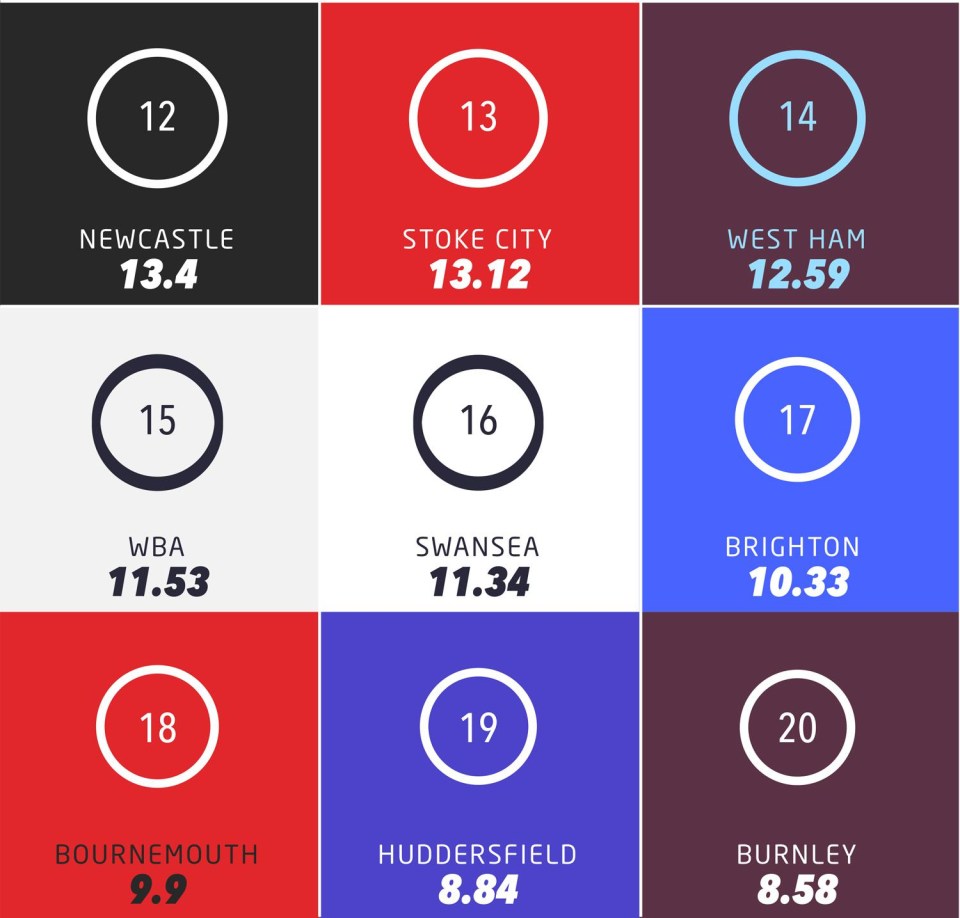 OK, Man City are still first and boast a healthy tally of 32.06 expected goals – although that’s nearly 10 fewer goals than in real life.

Liverpool storm up the table from sixth position to second with 24.61 xG, while Man United and Arsenal make up the top four, of course…

The biggest shock has to be Burnley, the Clarets are rock bottom with just 8.58 xG.

In comparison to their current position in the league of seventh with 12 goals scored, they are either well over-performing or getting a lot of lucky breaks.

Everton are 11th in the xG charts, just one place behind Chelsea, but when they conspire to concede four goals to Southampton as they did on Sunday it doesn’t really matter how many goals they score, expected or otherwise.

Huddersfield and Brighton are also towards the bottom of the table contrary to their actual positions.

The key to outdoing the xG’s chart is a strong defence, and winning 1-0 obvs.