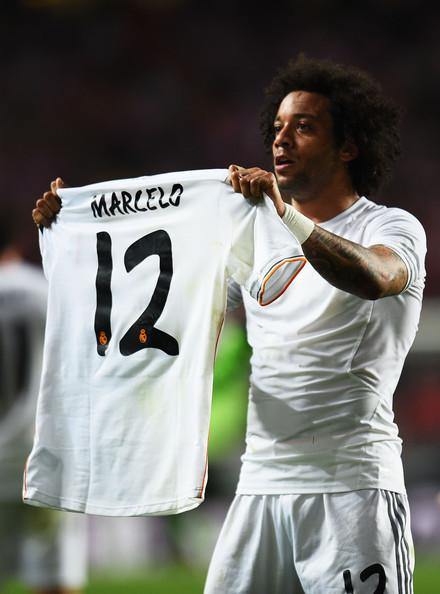 When Lionel Messi removed his shirt and held it aloft in front of Real Madrid fans in the April 2017 El Clasico, you knew immediately it would become iconic.

But since the Argentine superstar’s majestic display, he has since been emulated by the likes of Cristiano Ronaldo (of course) and Lyon star Nabil Fekir.

Fekir’s celebration was so controversial in his side’s 5-0 victory over fierce rivals Saint-Etienne it caused the game to be temporarily halted.

But who really did it first? Because surely it couldn’t have been Messi?

Well, you’re correct – but it’s also impossible to know when it truly was, though we’ll try and make a decent fist of it.

Ronaldinho reportedly did it for Barcelona against AC Milan

We say reportedly, because it took us time to watch the footage to realise it’s not the type of goal celebration we’re after.

After scoring a worldie against AC Milan in the Champions League, Ronaldinho ripped his shirt off and threw it up in the air in front of the adoring Nou Camp fans.

That’s not the sort of celebration we’re after though – we need the deliberate removal of a shirt and holding it aloft in front of fans to show your name.

Ronaldinho actually did do it against Marseille for PSG 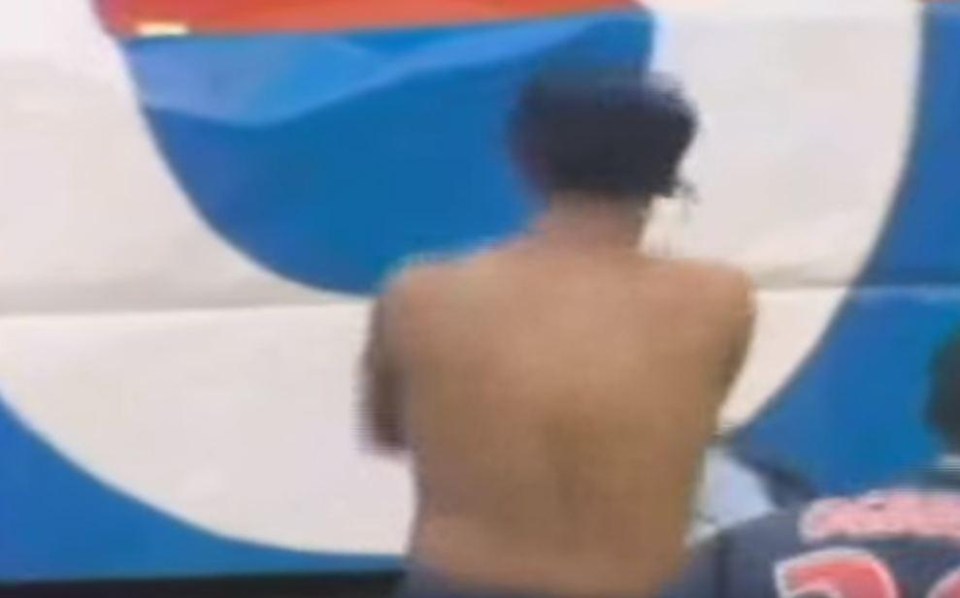 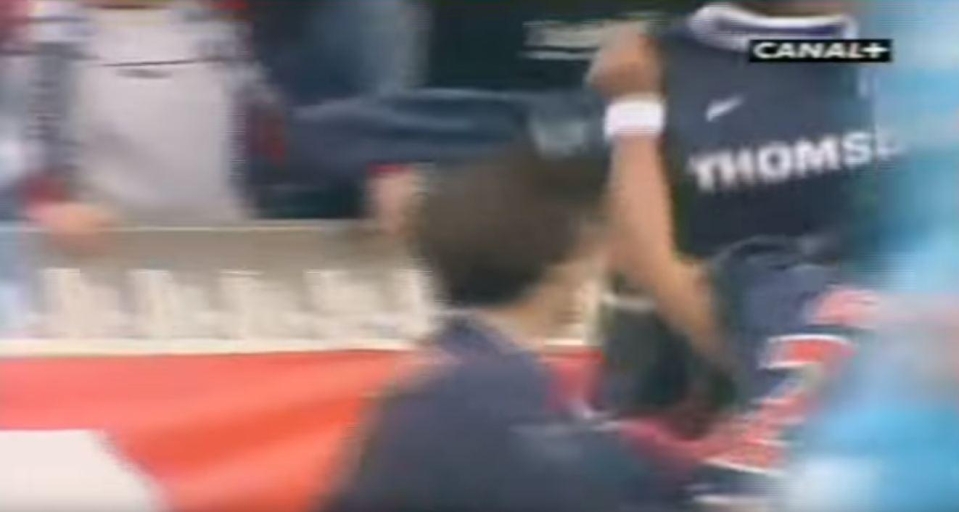 The Brazilian star did actually perform the celebration back in his time at Paris Saint-Germain.

After scoring twice in their 3-0 win in Le Classique against their rivals Marseille in 2002, Ronaldinho held his shirt up to the home fans, meaning he was preaching to the converted.

Poor, poor Marseille, they really can’t catch a break can they?

In 2009, Juninho Pernambucano held his shirt aloft after helping Lyon defeat their rivals in the Choc des Olympiques derby.

The result meant Marseille lost ground in the title race, leaving Bordeaux to swoop in and win it – had it not been for Juninho et al, the Ligue 1 trophy would in all likelihood gone to Marseille.

It’s one thing getting one over on your local neighbours.

It’s another thing to do it in the Champions League final.

And it’s yet another level when it’s to celebrate the tenth victory of the greatest club competition in the world.

Marcelo proved he’s got the confidence to do anything he liked as he celebrated by holding his shirt up to the delighted fans.

Even the staunchest Real Madrid fan will have to recognise Messi as one of the greatest ever.

After all, would Cristiano Ronaldo be as good if he didn’t have to compete with the Argentine? There’s food for thought.

Anyway, there’s a time, place and player to make this celebration iconic.

The time is the last minute of the game. The place is in your fierce rivals’ stadium. The player is Lionel Messi.

In the first leg of the Spanish Super Cup, four months after Messi had performed it, Ronaldo decided he’d get in on the act with his version.

In front of the Camp Nou fans, CR7 mimicked the now famous celebration – though it eventually caused his downfall.

He was booked for the act, and then picked up a second yellow card minutes later.

He then pushed the referee, which earned him a five-match ban to start the season. Lesson learned for copying Messi.

It’s perhaps surprising that none of the above caused too many issues – until Nabil Fekir got in on the act.

The Lyon star goaded fierce rivals Saint-Etienne’s supporters with a display of his shirt, which led to supporters spilling onto the field and throwing objects at the Frenchman.

Not a great look, but he wasn’t at all bothered, saying: “I do not regret the gesture.”

There we have it – it’s virtually impossible to know who or when the first time a shirt celebration like this was brandished but as far as we can tell, it was created by Ronaldinho, and perfected by Messi.

WATCH: The untold story of how Leo Messi’s legacy began