Alvaro Morata’s arrival completely stole his thunder but, with the Spaniard out injured, Batshuayi now has a chance to shine at Stamford Bridge.

So what are the chances of Batman shining when Chelsea travel to Crystal Palace this Saturday?

Pretty high, thanks for asking.

Batshuayi has hit his stride having failed to find the back of the net in Chelsea’s opening four games.

The 24-year-old has scored six goals in his last six games for club and country.

Can Batman shine against Palace? 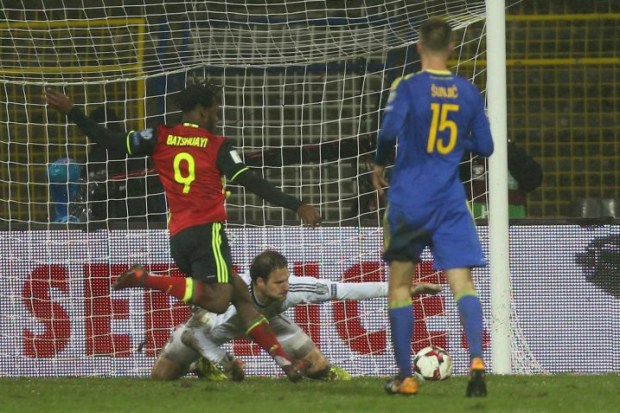 That spell included a hat-trick against Nottingham Forest in the EFL Cup and a goal for Belgium against Bosnia and Herzegovina.

But his most important moment came in the shape of an eight-minute cameo against Atletico Madrid in which he netted the winner.

When the game needs a 94th minute winner 🕶️ call me #Batsman 😂😂😂 pic.twitter.com/b3kRxzfq9Y

Ahahahaha everyone was waiting for me to come at @EASPORTSFIFA like … 😂😂😂😂😂😂😂 pic.twitter.com/U8nQXimaY2

Given Palace have already conceded 17 Premier League goals, more than any other team, Batshuayi couldn’t have wished for a better opponent to score a first league goal this season.

Batshuayi has probably already got his celebratory tweets lined up. Prepare for something dank.

Philippe Coutinho or Henrikh Mkhitaryan? Why not both?

That means you don’t have to worry about only picking one star playmaker when Liverpool and Manchester United lock horns in the tastiest game of the season so far on Saturday.

Just select seven players from across the Saturday and Sunday Premier League fixtures for your chance to bag that increased £20k prize this weekend.

Flopped so far this season? It doesn’t matter, as Weekender allows you to start afresh every single weekend. Let the games begin – sign up to play here!

COUTINHO OR MKHITARYAN? PICK BOTH WITH DREAM TEAM WEEKENDER