The Argentine striker was saved by his seatbelt when the PT Cruiser he was being driven in to the airport in careered head on into a post.

Aguero had been in the Netherlands for a pop concert following Manchester City’s Champions League victory at the Etihad Stadium on Tuesday.

Despite facing Premier League rivals and reigning champions Chelsea at the weekend the 29-year-old went away to see the Colombian artist Maluma in Amsterdam.

Before the show Aguero sent a social media post out saying thanks for the invitation complete with a photo of himself and singer Maluma. 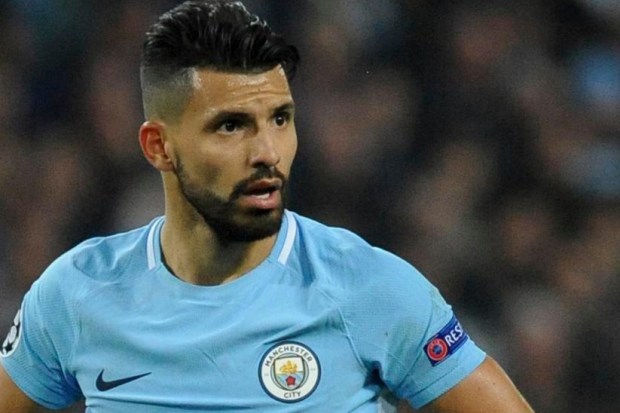 But, just hours later, it appears the taxi he was returning to the airport in collided with a pole.

The airbags were deployed and no other car appears to be involved from the photos available.

Manchester City are yet to comment on the incident but have confirmed that £52m summer signing Benjamin Mendy is facing nine months out with an ACL knee injury.

The news is a devastating blow to City’s Premier League title hopes after an exhilarating start to the season.

Pep Guardiola’s side sit top of the table on goal difference from neighbours United, with Aguero already bagging six league goals and his 10th City hat-trick at Watford two weeks ago.

Aguero’s absence leaves 25% of Dream Team managers with a big decision to make too – how do you replace him?