Ask your average football fan to name the best striker in Europe at the moment.

You’re likely to get a few candidates like Harry Kane and Sergio Aguero alongside Lionel Messi and Cristiano Ronaldo.

But how many people would name Dries Mertens?

The Napoli striker will be coming up against Feyenoord tonight in the Champions League, and there’s several reasons we’re backing him to get a goal.

For a start the 30-year-old is on a tremendous run of form.

He’s already got seven goals for club and country this season and netted a hat-trick against Benevento nine days ago.

Last season the Belgium international scored 38 goals in all competitions and finished the campaign 15 goals in 16 games.

Any doubt he’d be Napoli’s main man up front for the foreseeable future was removed following Arkadiusz Milik’s serious knee injury at the weekend.

And he’ll be relishing the chance to play against a Feyenoord defence that are low on confidence.

Giovanni van Bronckhorst’s side haven’t kept a clean sheet since 27 August, almost a month ago.

Why Dries Mertens should be on your bet slip 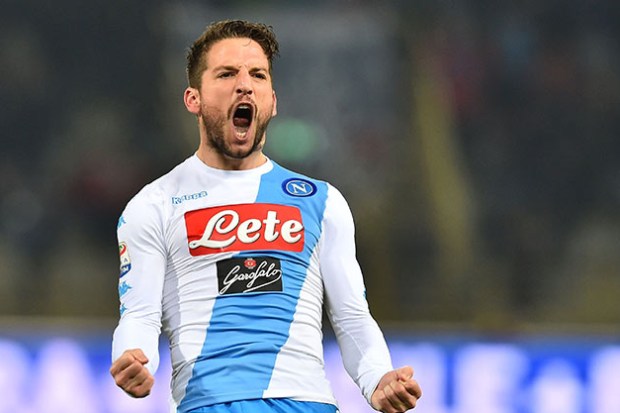 To add to their woes star defender Eric Botteghin joins first-choice goalkeeper Kenneth Vermeer on the touchline, having picked up a knock against NAC Breda at the weekend.

Feyenoord kicked off their campaign with a 4-0 defeat to Man City and Napoli will be hoping for a similarly emphatic win at the Stadio San Paolo.

The omens are good. Over to you, Mr Mertens.

BACK DRIES MERTENS TO SCORE AGAINST FEYENOORD 13/5