Chelsea reckon they can nick Ross Barkley for just £25m – half of Everton’s valuation – according to reports.

The England playmaker is refusing to sign a new Toffees deal and cutthroat boss Ronald Koeman has already replaced him with a raft of summer signings.

Antonio Conte and Spurs know the Goodison academy product wants away and that Everton have already got in the midfield stars to fill the void, so they are in the driving seat.

Sky Sports reporter Kaveh Solhekol believes both London clubs reckon they can poach the 23-year-old for just half of his Everton price tag.

How did Barkley get on in fantasy football last season? 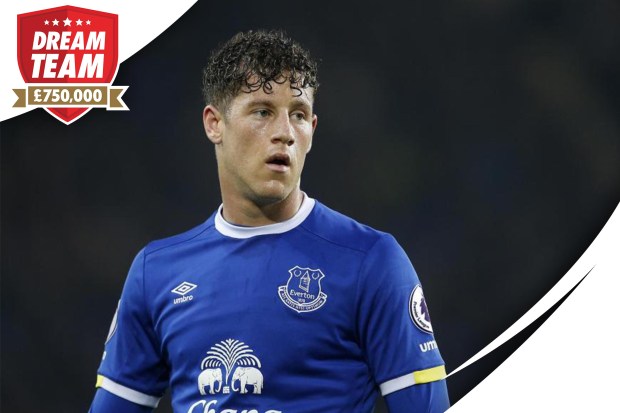 He said: “They think they can get him for around £25m, Everton think he’s worth double that at £50m.

“Barkley is back training and Ronald Koeman says it is still possible that he could be an Everton player this season.”

In a SunSport exclusive, Spurs defender Danny Rose said his transfer-shy club should swoop for the playmaker.

And Blues legend Frank Lampard believes Barkley would flourish in London after failing to fulfil his potential on Merseyside.

Chelsea’s greatest goalscorer said: “I like Ross and he’s got so much talent.

“While it does look like he’s going to leave now, he does need to go to a club where he can fulfil that talent.

“It’s all there, but he probably just needs to get a bit more out of himself. He’s at a young age and it seems that he wants to move.

“If he comes to a team like Chelsea or Tottenham, the players around him will help him improve because he’ll see what it takes to go to the next level.

“Ross has the potential and he needs to go to the next level, he needs to look at the likes of Hazard and Willian and try and do the things they do.

“That’s not just have the potential, but to create and score goals regularly.”