What’s worse than having one full-back? Having none.

Spurs could be facing up to that very real prospect after Danny Rose gave an astonishing interview on the eve of the Premier League opener in which he discussed his future at the club.

Rose, who’s been linked with Man United and Inter Milan in the last week, admitted he’d have no problem discussing a big, were an offer to come in from elsewhere.

Speaking to The Sun, Rose said: “I am reaching my peak and have probably only got one big contract left in me.

“Time is running out and I do want to win trophies. I don’t want to play football for 15 years and not have one trophy or one medal.

“I’m not saying I want out, but if something came to me that was concrete, I’d have no qualms about voicing my opinions to anyone at the club.

How did Rose get on in fantasy football last season? 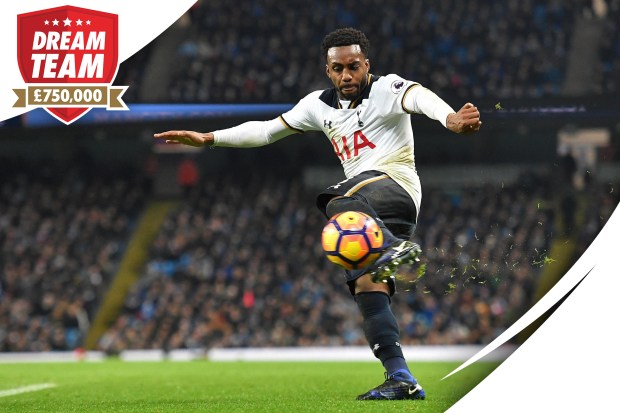 “One thing is for sure — I know my worth and I will make sure I get what I am worth.

“I am not playing as well as I have done not to get paid what I think I am worth.

Spurs have been slow to move in the transfer window this summer, failing to bring anyone in on a permanent deal.

It’s a topic Rose discussed, saying: “I am not saying buy ten players, I’d love to see two or three — and not players you have to Google and say, ‘Who’s that?’ I mean well-known players.

“There are three weeks to go until the window shuts and you look at Man City and think, ‘If the window shut now they would be happy with the business they have done’.

“Man United, more or less, are there — although I hear Mourinho may want one or two more players — but I am sure he’d be happy with his squad.

So will Rose be following Kyle Walker to Manchester?

He definitely won’t be playing in Spurs’ opening Premier League clash against Newcastle, as injury continues to keep the 27-year-old out.