We get the feeling this will be point number one in Dream Team’s 2027 article entitled: “15 things you’ve forgotten about Arsenal’s 2017/18 Invincibles campaign”.

Playing in their first pre-season game, Arsenal started their campaign in perfect fashion, through the most unlikely of sources.

A Per Mertesacker overhead kick.

The big German was first to react to a corner (assisted by Mesut Ozil of course) before scoring probably the slowest overhead kick recorded in football history.

To call it an overhead kick is also pretty generous, as Mertesacker sort of swivelled as he volleyed the ball in with his back to goal, but the defender ended up sprawled on the floor, so we’ll give it to him.

Also, you shouldn’t forget that this is Per Mertesacker we’re talking about, and scoring an overhead kick for him is basically impossible.

Having done some pretty in-depth analysis on the goal (we paused it at the key points), you can see that at one stage the Mertesacker’s right leg is definitely over his head, so fall haters and give the guy a break. 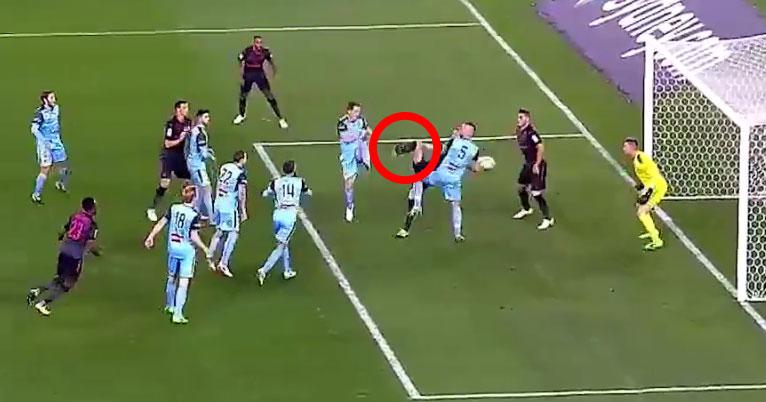 Meanwhile, Arsenal fans will be interested to know that the Gunners started the game with a back three.

Arsene Wenger is clearly learning his lessons from last season, as a back three consisting of Per Mertesacker, Krystian Bielik and new signing Sead Kolasinac made up the defence.

Cohen Bramall also played, but there was no start just yet for Alexandre Lacazette.

Mind you, who needs him when you’ve got Mertesacker?