And Spanish paper Sport claims Barca have launched a huge £61.6million offer for Dembele, who cost just £10.5m 12 months ago.

Their bid would see the Bundesliga outfit receive £44m up front with the rest to be paid in add-ons.

The rapid winger – on Barcelona’s radar since playing for the French Under-15s – has reportedly agreed a five-year deal.

Technical secretary Robert Fernandez went to France to try and convince him to join from Rennes before his move to Germany.

And his failure will cost Barca a huge amount, with Dortmund holding out for £80m – an incredible 800 per cent mark-up.

Dembele is a close friend of international team-mate Samuel Umtiti – who left Lyon for Barca in 2016 – after coming through the youth ranks together.

New boss Ernesto Valverde has already plotted how to fit Dembele, 20, into his system.

Sport believe Lionel Messi will operate behind Luis Suarez and Neymar with Jordi Alba and the potential new arrival offering pace and guile down the flanks.

Another option is Gerard Deulofeu, who recently completed his return from Everton. 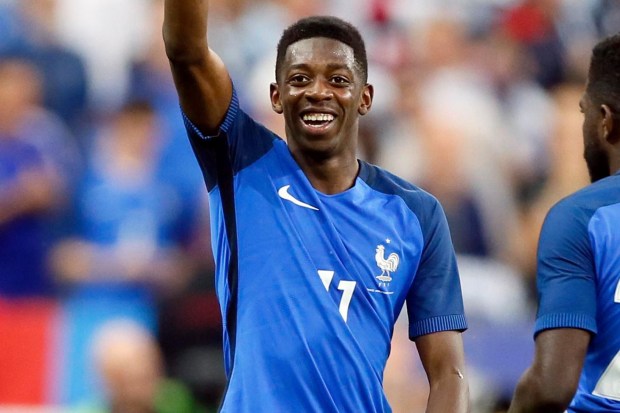 But Barcelona – who are reeling from missing out on the La Liga title and a humiliating European exit – are desperate to make an impression in the market.

Their mantra is to secure the best talents in world football even if they have to pay over the odds which could see Dortmund receive their valuation.