International football is the pinnacle of any professional’s career.

Whether it’s Colombia or China, Croatia or Canada, nothing can replicate the feeling you get when representing your nation (we assume).

These nine footballers could always be relied upon to hit their stride on international duty, even if the going was anything but smooth at their clubs.

Look up the name David Healy in the Oxford Dictionary and you’ll find the words average and slow.

The Man United academy graduate’s highest league goal tally was 15 in the Championship, but he never hit double figures in Premier League football.

But look his name up in the Belfast Dictionary and you’ll find the words legendary and prolific.

He scored 36 goals in 95 games, no mean feat for a Northern Irishman, going down in history after scoring a record 13 goals in Euro 2008 qualifying. 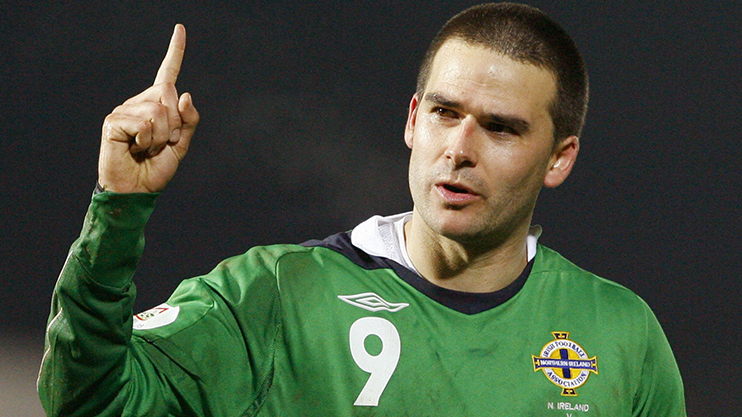 As fans of Milan, Leeds and Bayer Leverkusen will know all too well, Roque Junior was a defender for whom defending did not come naturally.

He hopped from club to club, once playing in the illustrious league of Qatar.

None of this stopped him picking up 48 caps for Brazil, meaning the big man has World Cup and Champions League medals sitting on his mantelpiece.

America’s most capped player can also claim to be the top goalscorer and assist maker, but could he do it on a cold wet Tuesday night in Stoke? Not really, is the answer.

He was prolific in MLS with San Jose Earthquakes and LA Galaxy, but never really cut the mustard at Bayern Munich or Everton.

Borgetti will be familiar to hardened Premier League fans from a short stint at Bolton when Sam Allardyce was signing over-30 internationals aplenty, but he never stayed at a club for more than a year after 2004.

At international level he struck at more than a goal every other game, notching an impressive 46 goals in 89 appearances for El Tricolor.

The highest ever international goalscorer with an incredible 109 goals in 149 appearances for Iran.

Yet Daei was never able to establish himself in Germany, with Arminia Bielefeld, Bayern Munich or Hertha Berlin, moving back to Asia to see out his career.

But his international goalscoring record is unlikely to ever be beaten.

Tomasson is Denmark’s joint-record goalscorer with 52 goals in 112 games, but he only scored four goals during his time as a Newcastle player and was mostly used as a substitute when he played for Milan.

A cult figure wherever he went, John racked up quite the CV during his footballing career, playing for 16 clubs, ranging from the New Orleans Riverboat Gamblers to the slightly less exotic Solihull Moors.

John scored nine goals in two Premier League seasons while playing for Birmingham, a ratio which pales into insignificance when compared to the 70 goals in 115 caps he managed for T & T.

The Championship Manager road runner clocked up 126 caps for Denmark during an injury-hit career.

His various ventures outside of home soil saw him play for the likes of Charlton, Ajax and PSV, but never with the success he had at international level.

As a youngster Podolski was expected to be one of football’s best talents.

Retiring from international football in 2017, he scored an impressive 49 goals in 130 caps.

But, wherever he has gone, Podolski has never really settled at club level.

He was often farmed out on the wing at Bayern and Arsenal and, aged 31, when he wasn’t long out of what should have been his prime, he switched to Japanese side Vissel Kobe.