Nobody of the modern era suffered a fall from grace quite like Fernando Torres.

He went from perhaps the best No9 in world football to a laughing stock in a matter of months when he traded Liverpool for Chelsea.

1 The birth of El Nino… the goalkeeper

Believe it or not, Torres started his football career between the sticks.

Thankfully, somebody realised there was a serious talented being wasted and when he was seven he transformed himself into a forward. 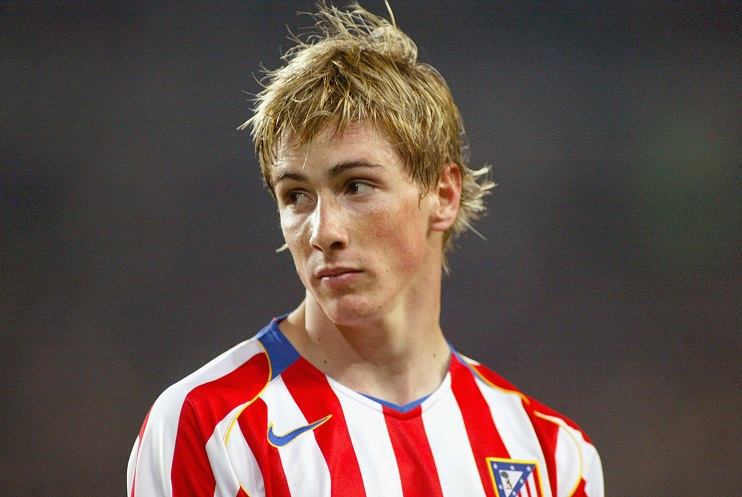 After leaving a trail of crying defenders in his wake, Atletico had no choice but to offer Torres a trial.

He succeeded (obviously) and was bled into the first team in the early noughties. 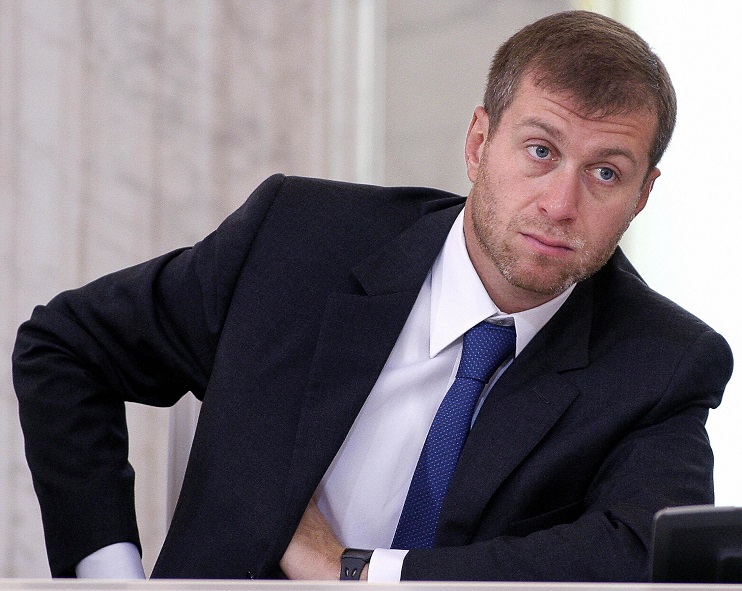 In July 2003, Roman Abramovich made his first attempt to sign Torres but a bid of £28million was rejected by Atletico.

Over the course of the next eight years, Chelsea would try many times to sign the blonde-haired poacher, until finally in 2011, they got their man.

More on that later…

4 The goals, so many goals 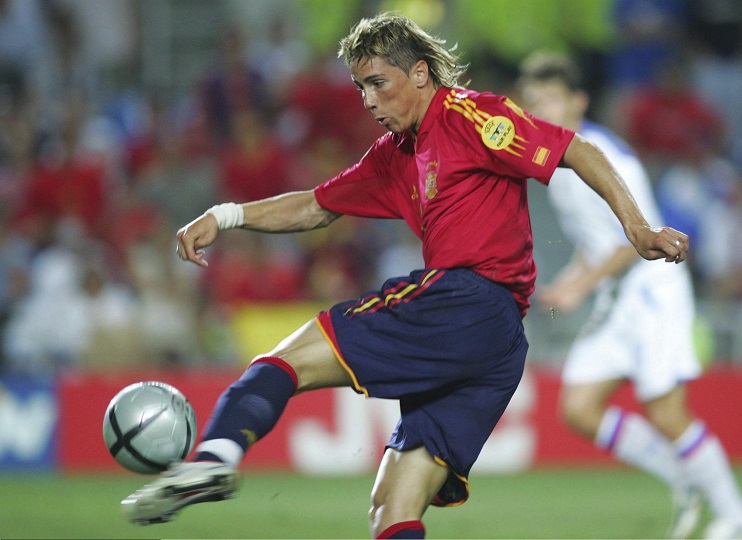 In his second full season in La Liga, Torres scored 19 goals in 35 games and was named captain at only 19-years-old.

And he did it all with a business-at-the-front-party-at-the-back mullet. Incredible.

5 Joining the Liverpool No9 elite 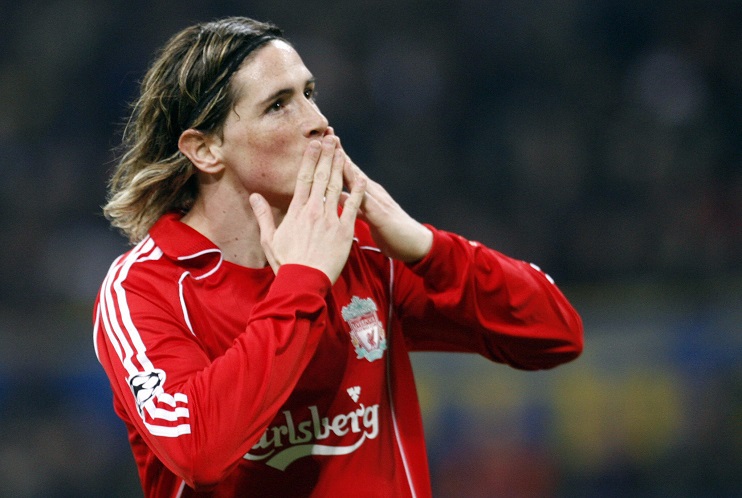 El Nino was a phenomenon at Anfield.

In his first season he scored back-to-back home hat-tricks and became the first Liverpool player to score 20+ league goals since Robbie Fowler in 1995/96.

He scored 65 goals in 102 league games and for a while he was the most complete centre-forward in Europe. 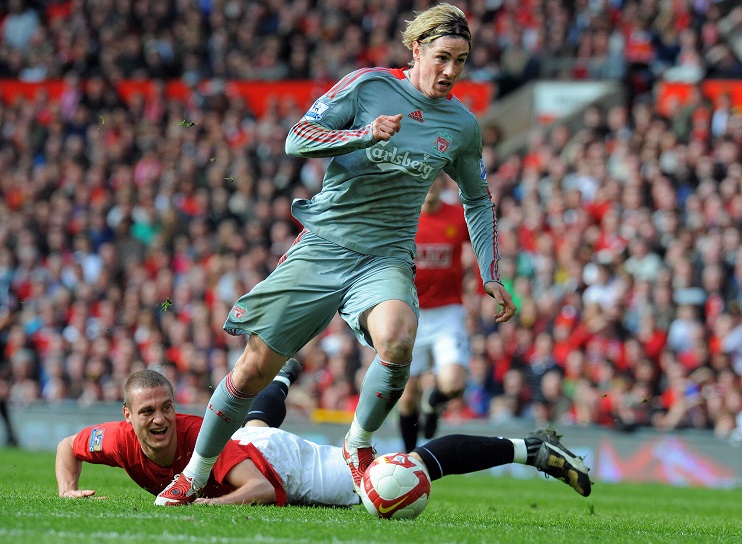 No matter what he tried the bruising Serbian defender couldn’t contain Torres.

Vidic suffered four red cards against Liverpool with the pacey Spaniard being his chief tormentor.

7 The curse of the Chelsea No9 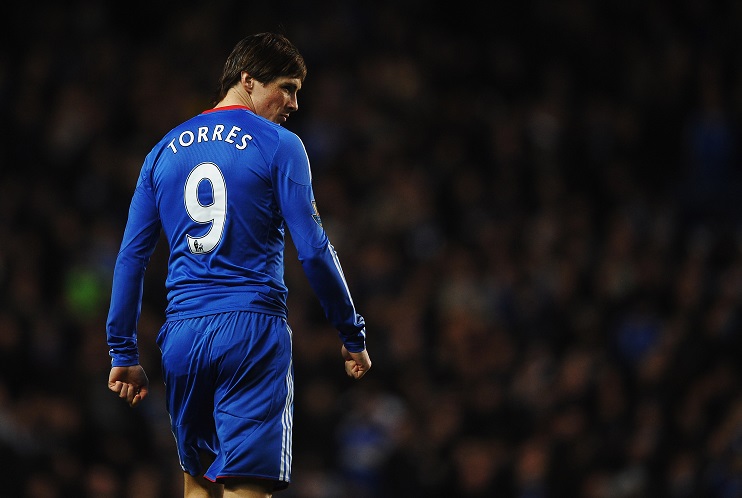 Where did it all go wrong?

There were signs of his fading powers under Roy Hodgson at Anfield but once he joined Chelsea (for £50m no less) he was almost unrecognisable.

A successful Europa League campaign aside, Torres’ time at Stamford Bridge was rather miserable.

Even with a Champions League winners medal to his name.

Remember *THAT* miss at Old Trafford?

8 A man for the big occasion

Barcelona fans tremble at the the mere whisper of Torres’ name.

How could anyone forget the goal that made Gary Neville ejaculate live on air?

His goal in the 2016 Champions League quarter-final for Atletico was the latest success for El Nino at the Nou Camp, a ground he’s always enjoyed playing at.

Even in the depths of his lowest form, he won the Golden Boot at Euro 2012 as Spain completed a hat-trick of major tournament victories. 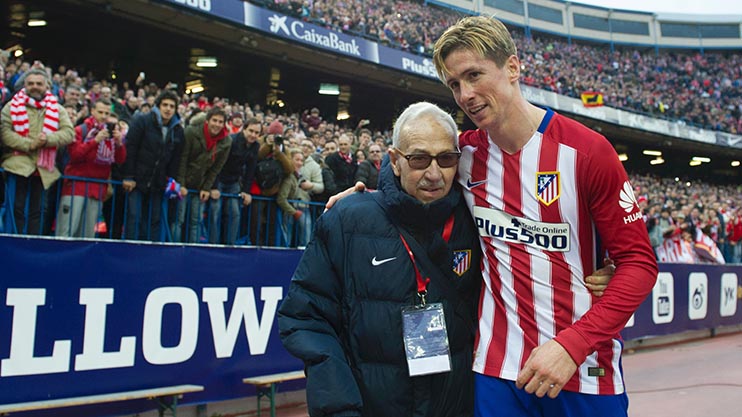 Torres’ return to Atletico (via Milan) was a special moment.

The fans at the Calderon considered him one of their own and welcomed him back with open arms.

Antoine Griezmann is the main man these days but Torres’ return has featured some moments of glory; none better than the Spaniard’s 100th goal for the club.

After the game, fans gave him a standing ovation and he was presented with a special commemorative shirt which he gave to former Atletico youth coach Manuel Brinas (pictured above).

At 34, Torres doesn’t have much left to give.

Say what you want about dear Fernando, but there’s rarely been a dull moment.

And from a fan’s point of view, that makes him box office.