Sometimes, no matter how hard you try, you’ll never be good enough.

And that’s exactly what happened with these lot when they came to the Premier League.

But despite their real life reputations taking a hit, on FIFA they are very, very capable players.

We go through the footballers who are better in EA Sports football series than are in real life.

Let’s kick off with a FIFA 18 favourite.

The French midfielder tanked at Chelsea and is currently on loan in Milan.

Still, in FIFA 18 at least, he was an absolute machine.

With high passing, pace, dribbling and defending scores – he’s exactly the sort of player Chelsea would want in their ranks.

He was certainly capable of brilliance, but too often let himself down with poor concentration and a fear of the big stage.

On FIFA, though, Bramble was more than capable. At his peak on the game, he boasted an overall of 75 – with decent pace and heading. 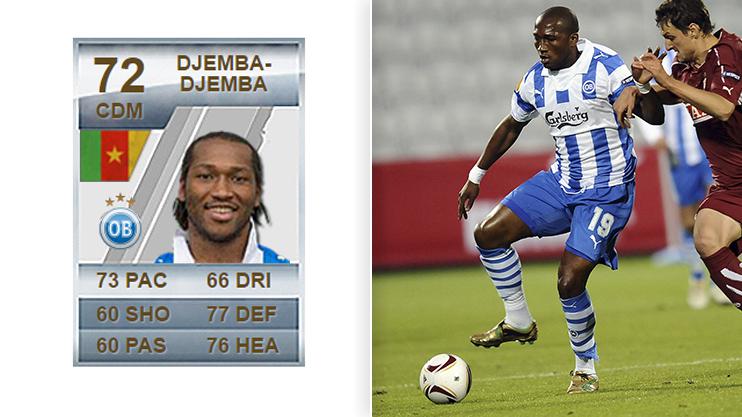 Not a popular signing by Sir Alex Ferguson at Manchester United – and barely managed to keep up with the pace.

On FIFA 13, he reached a career high 72 rating – with his pace and heading ability being the standout attributes.

Sure, he was hardly a superstar – but he was a lot more effective in the game than real life.

Tiago Manuel Dias Correia or Bebe may have starred in the Portuguese second division, but tanked when he arrived at Manchester United.

With 83 pace, he’s quick enough to get around most defenders.

While, solid shooting, dribbling and passing makes him a threat inside and outside the box.

A bulky frame helps him hold the ball up in the midfield – which often comes in handy.

Quick feet but a lack of end product is probably the way to sum up Aiden McGeady.

The Republic of Ireland winger is currently playing for Championship club Preston North End, but punches well above his weight on FIFA.

He peaked on FIFA 12, where he scored a brilliant 84 rating.

Rapid pace and incredible dribbling ability meant McGeady was capable of running around anyone. Shooting at 77 meant he was sound in front of goal, too.

Albert Luque joined Newcastle for £9.5 million  in 2005 but spent most of his time being injured or terrible.

In FIFA, though, he fared a bit better.

A career best score of 77 in FIFA 10 saw him rewarded with decent pace, close control and passing.

Jean Alain Boumsong joined the likes of Bramble and Luque in a woefully weak Newcastle side.

Error prone and lacking technical ability, the Frenchman was often left wanting in the Prem.

In FIFA he fared better – with a respectable 79 score for defence.

Mido may have more than 50 caps for Egpyt but failed to light up the Prem when he joined Tottenham.

In FIFA 11, he was far from incredible, but managed a career high of 74.

He was decent in front of goal – especially with his head.