When does Fortnite Season 8 start?

Freed from the Ice King’s castle, the now-powerful Prisoner has brought fire and flame to Fortnite and its islands. Pirates, Ninjas and a ship load of new fighters will tussle over treasure, battle with Pirate Cannons and uncover legendary loot.https://t.co/DjidO0IuYT pic.twitter.com/L80DjRu2Zb

We’ve pulled together everything you need to know about the Fortnite Season 8 – from hints and tips to more general gameplay-related stuff and big announcements.

Treat this as your own personal Fortnite Season 8 ‘hub’ – we’ll be updating it daily, so you’ll always be in the know.

Take a look at the new season’s battle pass!

Over 100 new exclusive rewards are ready for you to unlock, and it still costs the same 950 V-bucks. This season, you get the Blackheart and Hybrid progressive outfits instantly when you purchase the Battle Pass, styles included!https://t.co/DjidO0IuYT pic.twitter.com/yUAJfXLtm1

Some brilliant new items have been added to the battle royale map including cannons!

You can now damage enemy locations or structures by firing cannonballs, yourself or a teammate!

Plenty of new areas to check out and explore including a lavoruous mountain!

Check out the full patch notes for Season 8 v.8.00 below! 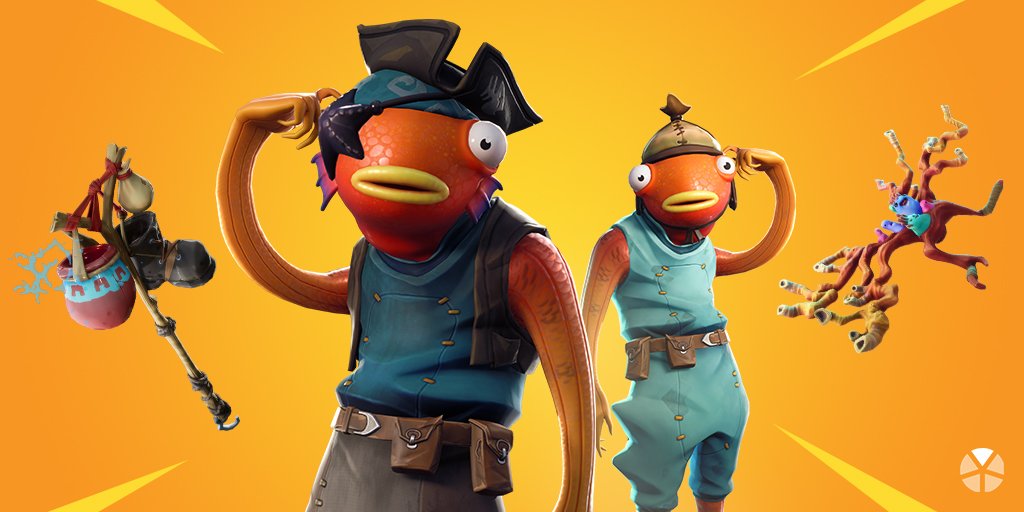 Summary
Two teams of fifty players fight to the finish!

Voice Chat Updates
New voice chat options have been added to Creative Island Game menu! Share a single channel while in Creative, regardless of team, then choose who you chat with when playing. 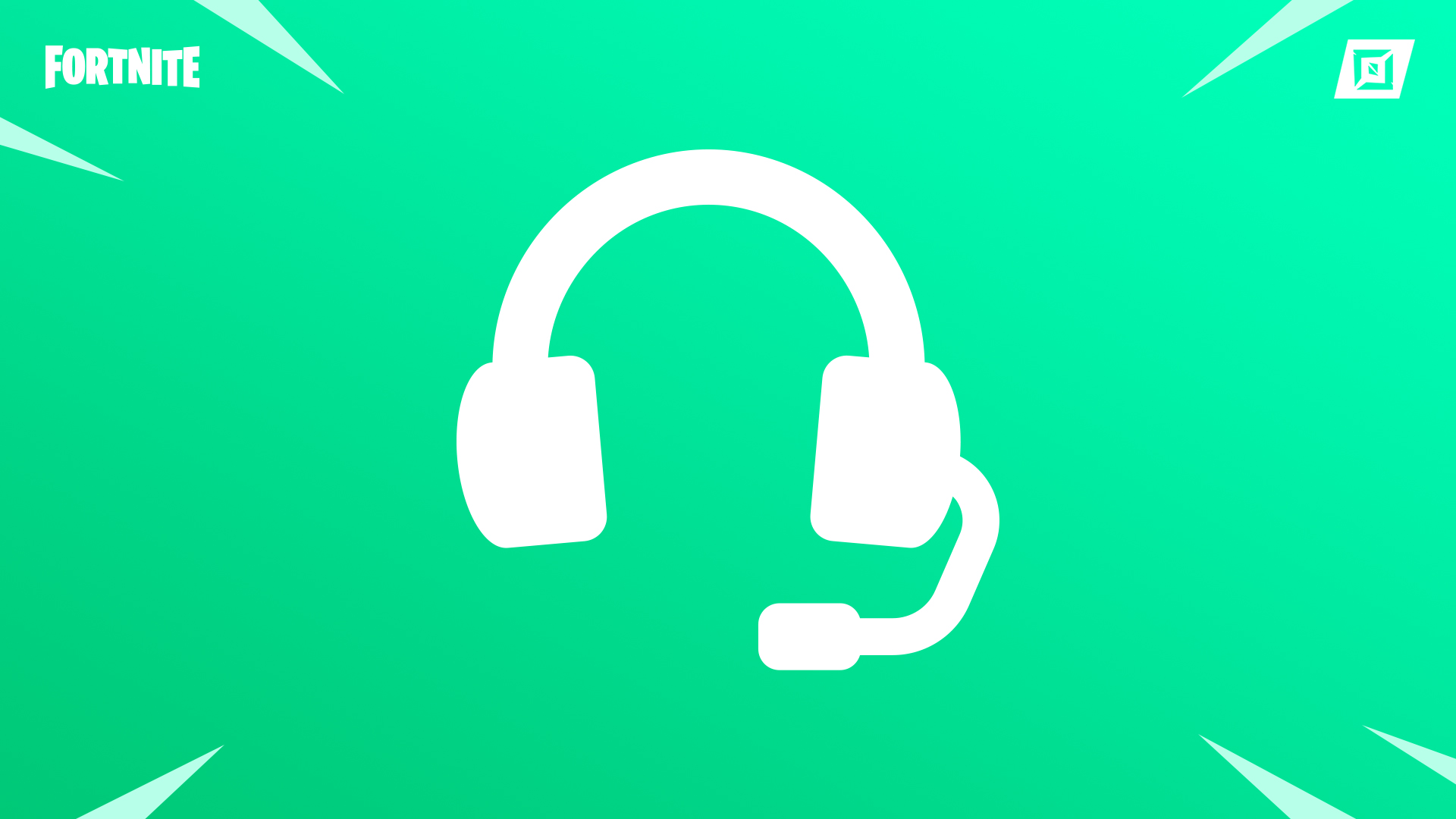 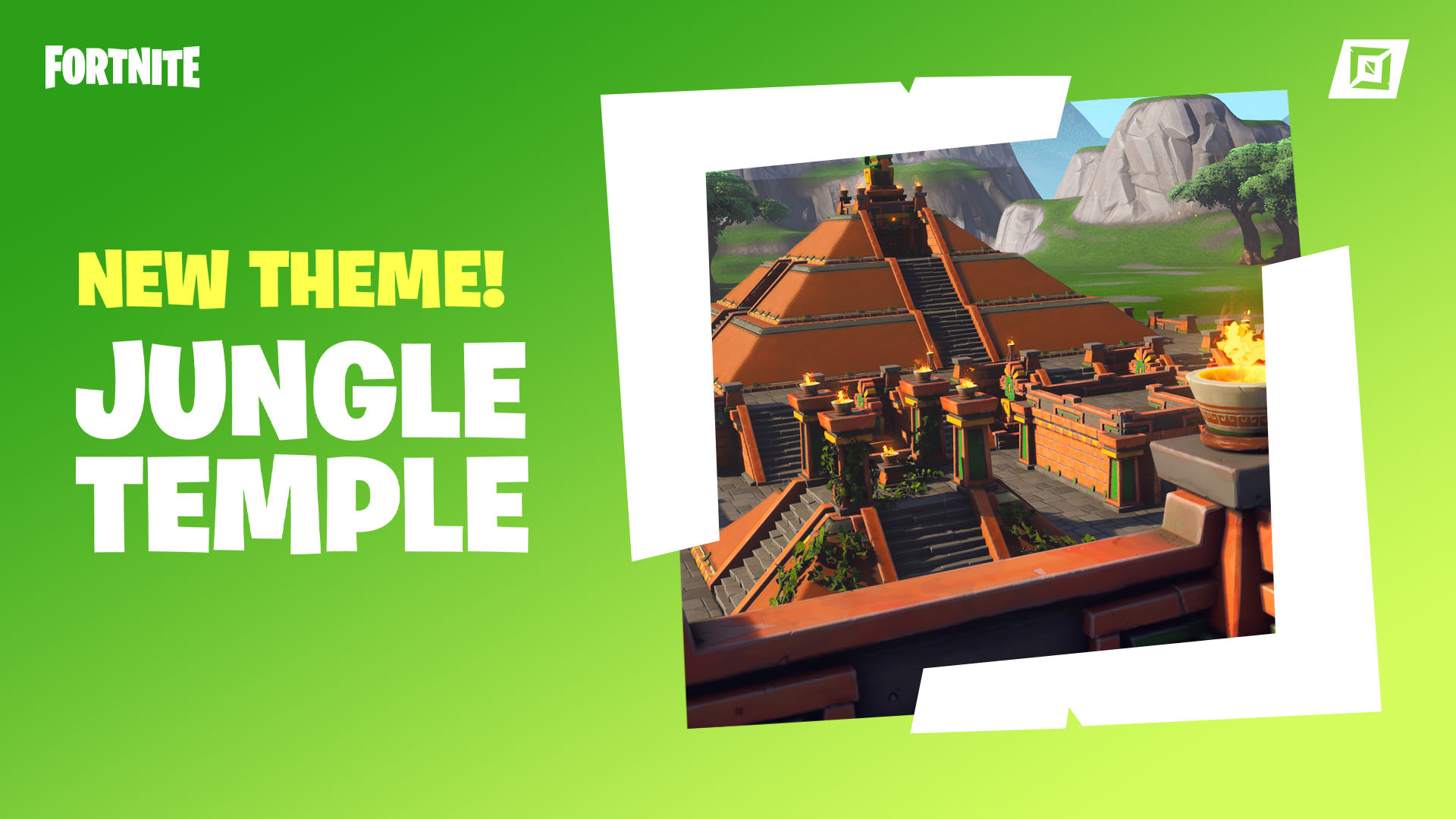 Playgrounds Update
Renovations have been made to Playground, moving it over to Creative and allowing even more friends to join in on the fun! 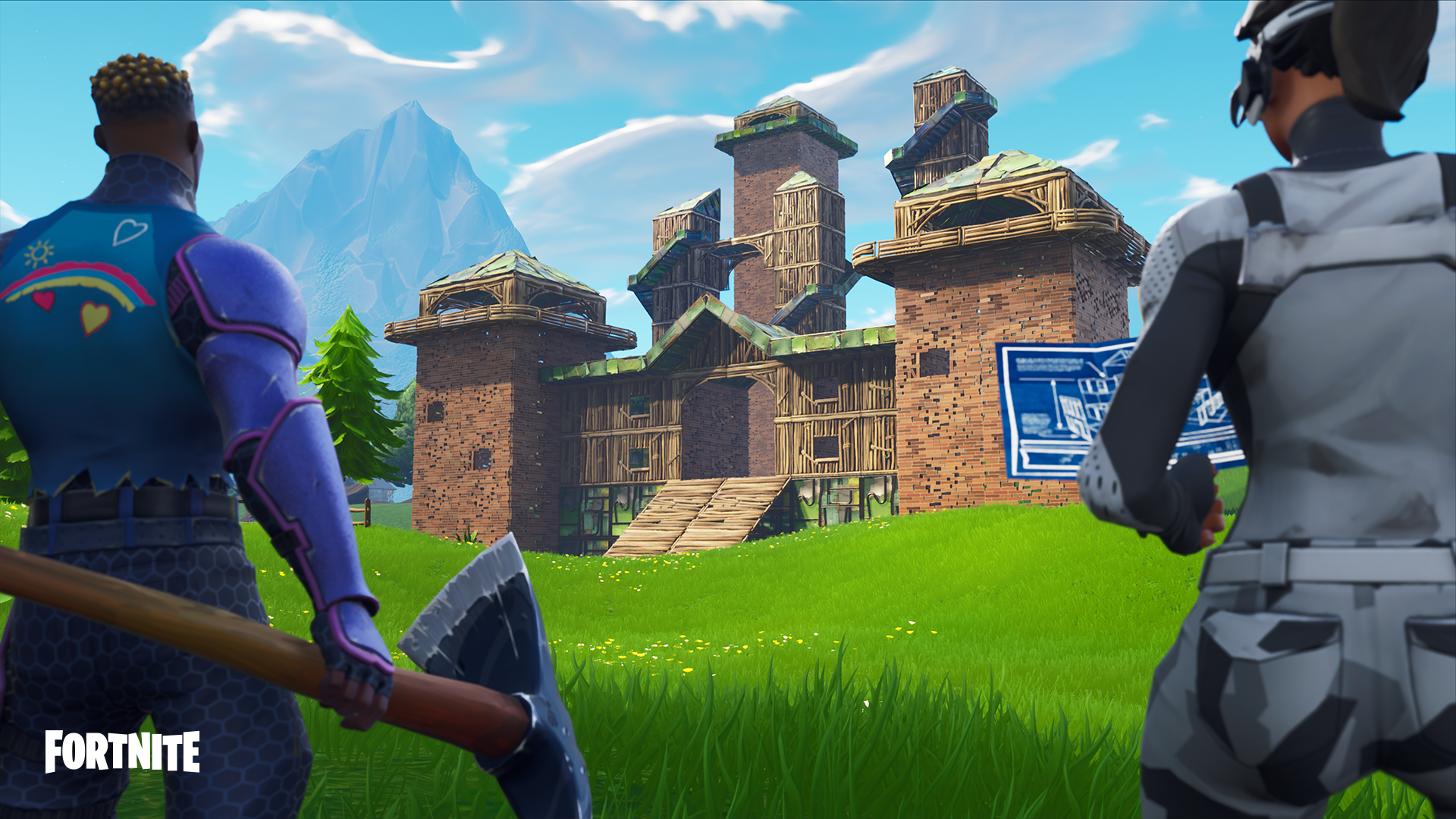 Fortnite fans have been speculating for weeks about when the long-anticipated Driftboard would be added to the battle royale mode as another mode of transportation.

After the island was covered in its entirety by snow, this seemed like the opportune moment for EPIC to add the board to the game.

However, it has now been revealed that the board will most likely be added to the game in the next update – v7.40.

Fortnite developers, Epic games had previously forstalled the release of the Driftboard saying:

“Unfortunately, we’ve decided to hold the release of this new vehicle to make some final quality of life changes and other polish improvements.

“We want to get you out there carving up the slopes as soon as possible.

“However, our goal is to make sure that your experiences on the Driftboard are up to our expectations.

“We still have tons of quality of life and balance improvements on the way in v7.10.”

Let’s hope we are out there cutting some shapes in the next update!

A ten-minute set from dance music provider Marshmello in Fortnite was reportedly watched in-game by over ten million people.

Respected industry insider and Game Awards organiser Geoff Keighley claims that “sources” have revealed that over 10 million players were logged into Fortnite during the concert.

The event, which happened yesterday afternoon, was unlike any other event that Fortnite has seen so far.

All weapons were disabled for the duration of the ten-minute show, which featured a seemingly-live performance from the man himself.

The game also saw gravity reduced at various points so let players bounce around to the tunes, as well as deploying the usual array of dance moves.

As well as the reported 10 million people watching in the game itself, many more were watching via Twitch and other popular streaming services.

The event happened in every Fortnite game individually, so each individual concert only had 100 viewers — but repeated 100,000 times simultaneously across the different games.

Marshmello himself described himself as “in awe”.

If you missed it, you can see the whole thing on YouTube.

Today, Fortnite features a bunch of NFL-themed shenanigans ahead of tonight’s Super Bowl between the LA Rams and New England Patriots.

The ice is thawing and the map may soon be flooded.

Theories about the new Season 8 theme are being thrown around the internet with hot new speculations coming in daily.

The arrival of dragon eggs with heartbeats has spawned a whole host of new theories and speculations around the return of to the medieval in the battle royale game.

But what are the battle pass skins going to look like?

As with every other season of Fortnite, we tend to get a sneak peek at the theme of the next season by the skins that are released in the weeks prior.

The release of more aquatic skins, most recently the Fishstick skin, suggests that the melting of the ice and subsequent flooding of the map will result in a number of ‘water-themed’ skins.

There is fresh speculation around Fortnite Season 8.

With snow having taken over the battle royale map and a number of themed skins being added to the game that focuses around a wintery royal theme, players have been speculating as to what the theme of Season 8 will be.

Reddit user ‘LethalSnowmeme’ came up with a theory that makes a lot of sense, especially now new areas and environmental objects have been added to the game.

LethalSnowmeme believes we will see a return to the theme of Season 2, with the Medieval making a grand return.

In Season 2 we were introduced to 4 knights, the royale knight, blue squire, red knight, and black knight. The map was also covered in snow.

Skip forward to Season 7 we have seen the addition of a giant castle on the mountain by Haunted Hills, a limited time sword that was added to the game.

LethalSnowmeme finishes his theory by pointing towards three further bits of evidence:

The map may be divided by the melting iceberg into different factions represented by different medieval skins.

Creating moats around key points of interest defended by dragons?

At this point, it is merely speculation, but the arrival of flying dragon mounts to the battle royale could be an exciting development.

Season 7 of Fortnite is off to a shaky start with Fortnite developer EPIC games facing legal action.

Alfonso Ribeiro who played Carlton in the hugely popular 90’s TV show ‘The Fresh Prince of Bel-Air’ is suing Fortnite over the use of the Dance emote in-game the ‘Fresh’ – based off the iconic Tom Jones dance routine.

The battle royale powerhouse is now worth an estimated $15 billion, so we can’t imagine they feel that threatened by the lawsuits that are sure to come piling in over the next few months.

As Fortnite is free-to-play the only way the game makes money is through the monetisation of emotes and skins, the more popular the emote the more money they make.

This has led to EPIC Games using popular already established dance moves like the floss and the Carlton and selling them in game.

Could we see the end of these emotes in Fortnite Season 8?

Players spent an average of £4million every day in the game in 2018, making it the most successful single year for any game ever, according to research firm SuperData.

The £1.9 billion total was more than rival PlayerUnknown’s BattleGrounds (PUBG), which made £804 million as it claimed the top spot in global revenue for “premium” games that you have to pay to play.

PUBG is free to play on mobile, which means its total revenues would have been even higher

The means the cartoony world of Fortnite‘s battle royale island raked in around three times as much money as Rockstar’s Red Dead Redemption 2, which took many years of work from thousands of developer and eight different game studios.

FIFA 18 took second place in the premium chart with £645 million behind PUBG thanks to the sales of the full game as well as the cash spent on Ultimate Team cards. FIFA 19 scraped into the top 10 as well with £323 million.

Despite being its fifth year on sale, Rockstar’s Grand Theft Auto also made an impact, with £461 million raked in to tighten its grip as the most successful product in entertainment history.

To give Fortnite‘s £1.9 billion revenue context, it means that Fortnite has made more money in a single year than any movie in history bar one, as it just failed to beat Avatar’s £2.2bn global box office revenue.

Free-to-play games dominated the total revenue charts, though, with the top 10 all earning more than every premium title except PUBG.

Honour of Kings, Dungeon Fighter Online and QQSpeed — all massively popular in China — had revenues of £1.6bn, £1.17bn and £1.09bn respectively.

League Of Legends, which has a massively popular competitive scene with millions in prize money up for grabs, also earned around £1.09bn in 2019.