FIFA 19 will be missing a handful of top players – either because they retired or have gone to a league that doesn’t feature in EA Sports’ game.

Here we pick out some of the biggest names that probably won’t be in the game.

The former Atletico Madrid winger made a shock move to Chinese side Dalian Yifang.

Sadly, the Chinese Super League has not been confirmed for the new game as yet – so there’s every chance he won’t feature.

The Brazilian midfielder retired earlier in the year, after winding down his career at Sao Paulo.

A true great and a big loss for this year’s game.

Given the fact it’s a four-year-deal, it may be some time before we see him again.

The Arsenal legend retired at the end of the season – so won’t be in this year’s game.

Decent in real life, but on FIFA that 27 pace was crippling!

Ryan Mason had to end his career early aged just 26 after suffering a sickening head trauma during a match.

A tragic end to a promising player’s career – he’ll be missed. 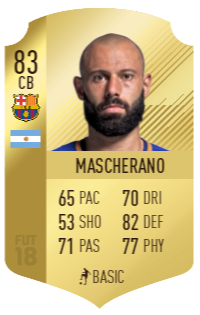 The Barcelona legend is another star who has moved to China to wind down his career.

The centre back joined Hebei China Fortune after slowly falling out of favour at the Camp Nou.

The incredible Italian, blessed with some of the greatest passing the world has seen, retired this year.

His best card, rated at 91, was incredible. Try it if you can.

The Dutchman has moved to Doha’s Al-Gharafa after a year-long stint at Nice.

Now coming to the end of his career, his 83-rated card on FIFA 18 was some way off his career high score of 90 back in FIFA 17.

What else is happening in the world of FIFA?

FIFA fans were over the moon at the prospect of the Champions League returning to their beloved series, after Konami parted ways with UEFA this year.

But that’s not the only major league EA Sports has their eyes on.

Italian publication Gazzetta della Sport reported that FIFA 19 will also include the full rights to the Serie A and Coppa Italia.

This means that Career mode will finally feature the official trophies, while player faces, stadiums and SBCs could also benefit from the licence.

You can read the full story here