‘OP’ is a term that many FIFA players are far too familiar with. But who are the most ‘OP’ (overpowered) players on this year’s game?

Here we pick seven players who perform far better than their ratings.

These are a mix of misfiring stars who perhaps haven’t lived up to their potential, to brilliant performers who have been on fire this season.

One thing they all have in common, though, is that they’re far more effective on FIFA than their ratings suggest. 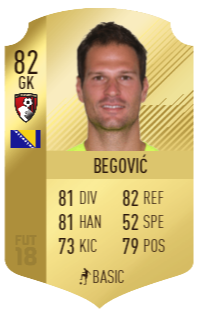 Asmir Begović has become one of the most popular picks for Ultimate Team sides. And it’s not hard to see why.

The Bosnia and Herzegovina star boasts an impressive 82 in reflexes, but performs as though he’s got a 99-rating in the game. 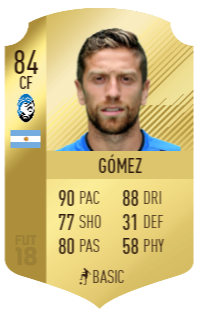 Dubbed the ‘cheap Lionel Messi’ Argentinian forward Alejandro Gomez is one of the game’s most underrated attackers.

Despite 77 for shooting, he’s absolutely lethal in front of goal. Plays more like an 88 than an 84. 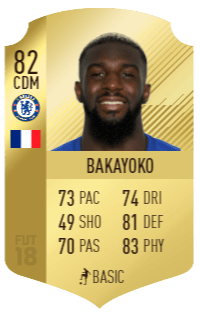 Chelsea midfielder Tiémoué Bakayoko may have struggled for form in real life, but on FIFA he’s a different beast entirely.

The 82-rated CDM is a powerhouse in defensive roles and is nigh-on impossible to out-muscle.

Add to the mix tough tackling, stamina and aggression and you’ve got yourself a complete midfielder who punches above his rating. 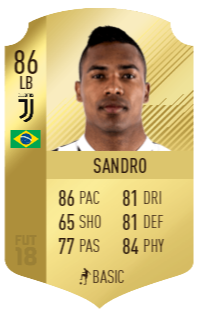 Juventus’ Alex Sandro is arguably the best left back on the game – an 89-rated defender in disguise.

He performs well above his 86 base rating – boasting an eclectic mix of stamina and speed. 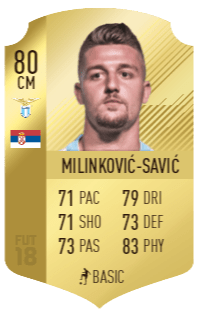 Lazio midfielder Milinković-Savić is often compared to Paul Pogba on FIFA 18, but costs a fraction of the price.

His stats are not as impressive as the Frenchman, but seriously, in-game he’ll feel far better than his 80-rated base card.

He’s been brilliant in real-life, too – so will probably get an upgrade come FIFA 19. 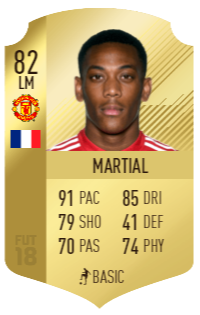 Man United left-midfielder Anthony Martial may have struggled for a regular spot in Jose Mourinho’s team, but he’s first choice for many FIFA 18 fans.

The Frenchman boasts immense pace and dribbling skills, making him one of the game’s premier attackers.

Add to the mix impressive ball control and improved shooting abilities on his FIFA 17 version, and he’s a deadly weapon down the flanks. 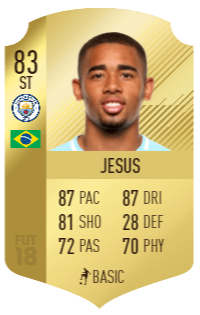 Man City’s Gabriel Jesus has been on fire this season. And when it comes to FIFA, he’s far better than his 83 rating suggests.

In fact, he’s even more deadly than his FIFA 17 version.

At 15k on the FUT transfer market, the Brazilian is an absolute steal.