FIFA 18 fans will be able to download the new demo much earlier than expected.

The FIFA 18 demo will be released today at 6pm GMT, EA Sports has confirmed

That’s a few days earlier than expected, with many expecting the trial version of the game to land on September 15.

But it gets better… EA confirmed to Dream Team Gaming that you will NOT need EA Access to play the game early.

Now, let’s go through everything you need to know about the demo – from how long it’ll take to download to Ultimate Team and more.

Don’t expect it to be all that easy, though.

Loads of gamers will be downloading the demo at the same time – putting EA servers under stress.

Luckily, there’s a way of avoiding the mad rush and getting the FIFA 18 demo early in the process.

As was the case last year, due to time zone differences, some countries will be able to download FIFA 18 before others.

New Zealand will be one of the first to get the demo – which, technically, will arrive a day before it lands in the UK and Europe.
Thankfully, there’s a way of ‘tricking’ your console that it’s in a different time zone – which could mean you’ll be able to download the demo before the mad rush on September 15.

While it definitely works on PS4, it’s not sure yet whether this method will work on Xbox.

Here’s how to do it.
1) Head to the start menu and ‘Create a new user’

3) Here’s the most important part. When you create the account make sure the Country or Region is set to ‘New Zealand’ 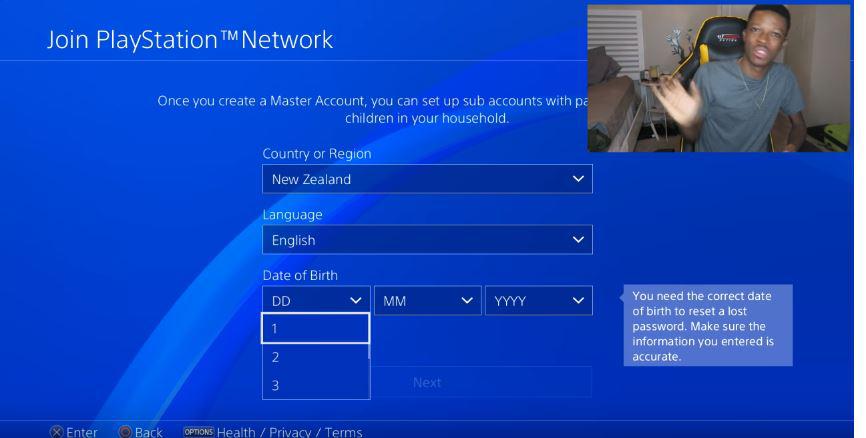 4) You’ll be asked to put in your postcode – just type ‘2579’, you can then type anything in the city and state

5) You’re good to go.
There’s been no news as to whether the Nintendo Switch will be getting a FIFA 18 demo although signs are not looking good.

The game is scheduled for the same release date, but given its focus on multiplayer and mobile Ultimate Team, EA may hold it back until severs are as stable as possible.
Elsewhere, Konami has released the PES 2018 demo – which can be played today.

The trial allows you to play with friends offline but, unlike last month’s beta, does not include online play.