There’s nothing better than being about to run rings around your opponents in FIFA.

EA has made it harder than ever to beat a man, which means even the slightest tweak of the dribbling score can have a huge effect on a player’s ability to create space.

We go through some of the world’s best players to predict what their dribbling in FIFA 18 will be.

The Portuguese has had an incredible season at Real Madrid – but it’s obviously he doesn’t dribble as much as he used to.

Rather than bombing down the wings, the 32-year-old has changed his game to suit his advancing years.

So, it’s less dribbling and more off-the-ball movement to put himself in the best position to score.

As a result, expect his score to drop slightly to around 90 – as he’s still extremely capable with the ball at his feet. 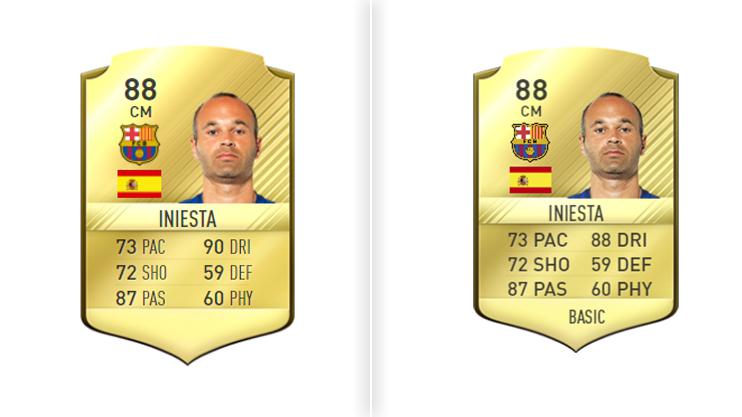 Arguably one of the best dribblers the world has ever seen – but is getting on a bit.
Has been in very good form for Barca, but we’d expect a slight dip in dribbling score – given this has been on the decline in the game for the past few years.
He’ll still be incredible, though.

The Real Madrid star has been awesome this season – so we doubt his dribbling score will change too much.

Expect a rating around the 89 / 90 mark – ranking him amongst the game’s best.

Although another potential Champions League trophy under his belt could see a small rise.

The 33-year-old Dutchman’s dribbling rating has been on the decline in FIFA for the past few years – in standard card form, anyway.

While a FIFA 17 Team of The Week card saw Robben awarded 94 for dribbling, we’d expect his standard card to hover at around the 87 mark.

Some fans believe EA degrade stats at a faster rate as players get older – with speed and dribbling often the most vulnerable.

While his FIFA 18 card won’t reach those lofty heights, expect the Juventus star to receive a small increase in standard form – rising to the 91/ 92 mark.

He’s really young, too, so has every chance of becoming even better.

The Arsenal man has been in brilliant form this campaign – especially with the ball at his feet.

His mazy runs have made him the Gunners’ top scorer and most dangerous weapon.

Expect to see the 28-year-old jump up a few points as a reward.

Mbappé has been a revelation for Monaco this season – with the 18-year-old tearing defences apart.

His top card rewarded him with a 92 rating for dribbling – so we’d expect to see a standard score of around the 87 mark in FIFA 18.

The Barca ace will be one the best dribblers in the game – creating a bigger gap between him and Ronaldo in standard form.

His Team of the Year card gave the star a near-perfect 99 score for dribbling, so expect his standard offering to hover around the 96/97 mark.

The Argentine has been outstanding for most of the season and remains the world’s best dribbler by some margin.

He’ll likely score around the 98 mark in FIFA 18 – cementing him as the best dribbler on the game.

The Belgian has been in wonderful form for Chelsea this season – and was instrumental in their Premier League win.

He’ll leap up a few points to the mid 90s in FIFA 18, and become even more lethal in the game as a result.

It’ll be his greatest card ever.