Cristiano Ronaldo may be the best player on FIFA 17 but for some fans he’s still not good enough.

And there’s one stat in particular that gamers want to see improved in FIFA 18  – his weak foot.

The FIFA 18 cover star had an incredible campaign last season – scoring 39 goals across all competitions.

Some of his most breathtaking strikes last season came from his, so called, weak foot.

Yet despite proving his ability to finish just as well with both feet, EA awarded the Portuguese a four star weak foot rating rather than a perfect five.

On the FIFA sub-Reddit, fans even kicked off a discussion on the matter – begging EA to boost Ronaldo’s score in FIFA 18.

“It’s robbery that Ron and (Lionel) Messi both have four stars.”

Another fan said: “100 per cent agree… both of his feet are rocket launchers.”

Earlier in the year, some fans voiced concerns that Ronaldo was too good in the game – especially when it came to his speed and dribbling ability.

On a FIFA sub-Reddit, one wrote: “Over the past two / three years it’s been clear that he has slowed down.

“I’m not in anyway saying his ability has declined, but having been watching the majority of his games this season and a few last season something has been made clear.

“He is still clearly a world class player with world class finishing and positioning, but if we are looking at players like Franck Ribery and Arjen Robben who had their pace nuked, surely Ronaldo has to have his downgraded, right?”

EA won’t be releasing any details on player ratings until much later in the year – but we think it’s highly likely Ronaldo will still be the best player on the game. 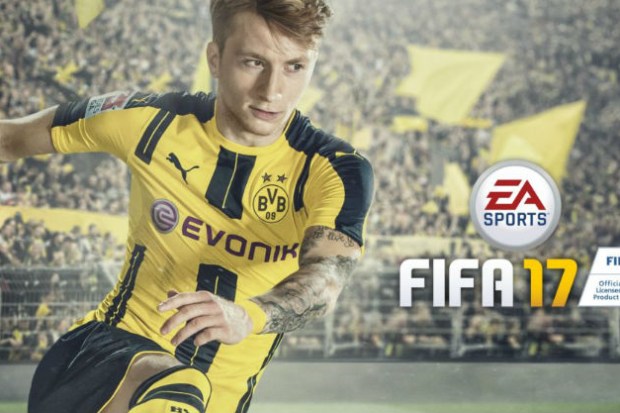 The previous year Jordan Henderson featured on the cover with Messi – causing a stir on social media, with some complaining the Liverpool midfielder wasn’t a big enough name to grace the cover of such a prestigious game.

But those doubts are unlikely to be forthcoming with the announcement of Ronaldo on the cover, with the world’s most famous footballer likely to make new and existing players rush to the shops when it goes on sale on September 29.