Easter eggs have long been part of video games – but which ones are the greatest?

We go through some of our very favourites – and chances are you wouldn’t have ever spotted them.

It was such a ferocious challenge that it snapped Zakuani’s leg – forcing the winger out for 15 months and ultimately ending his career.

Mullan said after the game: “It was a tackle that I’ve done hundreds of times, and I’d probably do it again.”

When you play a match between the two teams on FIFA 13, EA has made the crowd boo and jeer him when he’s on the ball.

Serves him right if you ask us.

If you fly to the top of the bridge that connects San Fierro and Las Venturas, you’ll find a sign that reads: “There are no Easter eggs up here. Go away.”

Oh well, you can’t win them all.

If you type in the code ‘Deadspacetoo’ you can skate as Isaac from the Dead Space series.

He’s got a pretty cool skateboard, too.

During the mission ‘End of the Road’ you can either kill a man in the desert or let him live.

However, if you shoot the five vultures that are circling the air above, an ice cream truck will come and run him over.

When you’re in the arena, repeatedly press L2 and R2 (and the equivalent buttons on Xbox One) as quickly as possible.

This will let you run away from the ball and spring around the pitch.

You can even run into the stands… although it’s clear you’re not meant to.

Every main character that you kill in the series is actually a real, historical person.

Their deaths even mirror the year / location of when they died in real life.

Talk about keeping it real, Ubisoft.

In the first game, you are involved in a plane crash and end up in an underwater city called Rapture.

At the start of the second game, look hard enough and you’ll spot the plane from the original.

This underrated Rockstar classic was teeming full of fun items to find.

While searching for clues in the bin during ‘The Silk Stocking Murder’ case, you’ll come across John Marston’s cowboy hat – the lead character in Red Dead Redemption.

One of the most famous Easter Eggs of the lot.

To beat MGS boss Psycho Mantis, you need to swap the controller from port 1 to port 2.

However, the real Easter Egg comes courtesy of Mantis reading your memory card before you face him.

If you have any Konami games saved on there then he’ll refer to them – like he’s trying to read your mind.

During the epic battle between The End if you save the game and don’t play it for a week or so, when you come back he’s died of old age.

During ‘Part D’ on the ‘Kate’ level, shoot the engine of the truck as it turns the first corner.

Then look at the building in the distance and blast the right orange sign on it, aiming for the white dot in the middle.

A huge rat will then start running down the street.

Once you play through the game once, pick up the key to the park and head inside the observation room in the Dark Side hotel.

Inside is a dog who’s controlling all the in-game events.

So cute, yet so deadly.

During the game you’ll come across a figure frozen in carbonite.

Look closely enough and you’ll see it’s Jar Jar Binks, who’s been frozen because he’s one of the most hated characters in the series (We think, anyway). 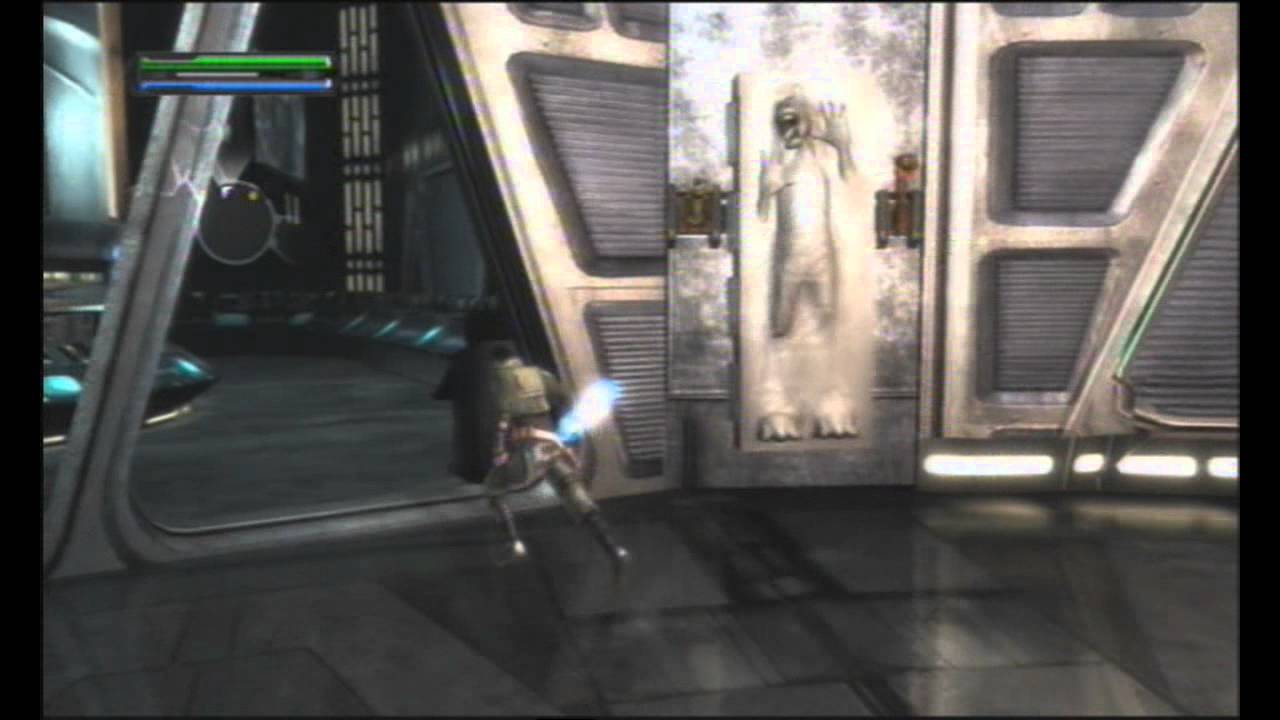 The Witcher 2: Assassins of Kings

During this classic, head to the Bastille gate and you’ll spot a character from Assassin’s Creed lying dead in a bale of hay.

Looks like that leap of faith didn’t pay off.

Hats off to EA for adding a second screen on to their cameramen. But look a little closer and it doesn’t actually show what’s happening.

In fact, it’s an image of Dimitar Berbatov scoring a goal for Manchester United.

Maybe one of the graphics guys is a Manchester United fan?

On the Nuke Town map, if you shoot the heads off all the dummies within 30 seconds, you can play on an old Atari console – complete with a load of classic games.

In the mission ‘Til death do us part’, Agent 47 is tasked with killing a bride.

However, if you go to the dancing guests and shoot a coin in a puddle, groups of men in boxer shorts run over and start clapping him.

While in the tomb under Santa Maria della Visitazione, hit the lever that activates the swinging poles.

You’ll see a huge squid swimming around in the pool of water below.

Do it again and it’ll take a swipe at you.