Pro Evolution Soccer has its work cut out if it’s to beat FIFA this year – but if anyone can do it, Konami can. 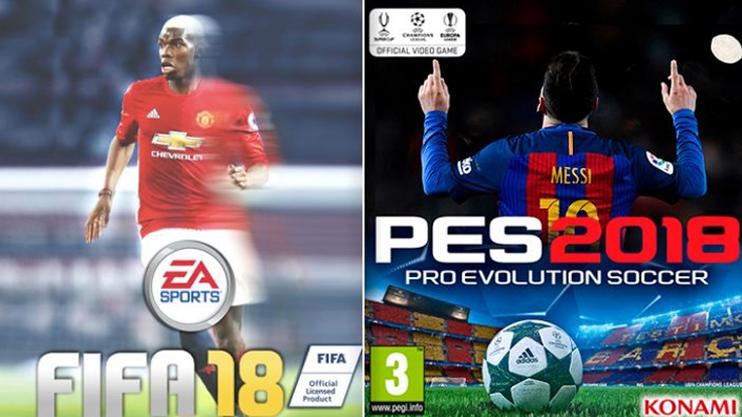 While EA Sports’ footballer sold 1.1 million copies in its first week in the UK, PES couldn’t manage more than 50,000.

Konami will want to turn things around fast.

We go through some key changes needed to give PES 2018 a fighting chance.

PES 2017 may not have Frostbite powering it, but it still looks stunning in motion.

This is thanks to Fox Engine, the same powerhouse behind the recent Metal Gear Solid games.

However, Fox is capable of so much more than what gamers experienced in PES 2017.

Lighting was flat and lifeless compared with FIFA, while player models ranged from the hyper-realistic to the comically bad.

Animation wasn’t as smooth as it could have been in PES 2017, so expect Konami to focus a lot of effort here.

We’d also expect PES 2018 to capitalise more on the PS4 Pro – with a 4K mode available from the off, and closer visual parity with the PC version.

The last game featured attacking and defensive philosophies such as the Gegenpress, Tiki-Taka and False 9.

However, it didn’t take long to master these and for tedium to set in.

We’d like to see the ability to craft your own tactics in PES 2018 – allowing for a truly personal experience.

One of the major negatives to come out of PES 2017 was the servers – with thousands struggling to find a game from the off.

FIFA is far from perfect, and is often criticised for speed-up lag and input delay when played online.

If Konami can improve their online offering, PES will win back some players.

However, none of this really matters if there are no compelling online modes.

FIFA Ultimate Team is by far the most popular part of EA’s game – offering depth and bags of replayability.

The PES Become a Legend mode was practically unchanged from the 2016 version, while the Master League and MyClub modes just had minor tweaks.

If PES is to compete this year, a new mode or heavily-revamped versions of existing offerings needs to happen.

PES has never been known for its commentary, which could be an easy way to claw back some points.

Peter Drury and Jim Beglin will be returning this year, but we’d like to see the pair deliver lines in a more organic way.

Konami confirmed thousands more lines of commentary will be added, so there should be a noticeable improvement.

Konami’s title only has a handful of licensed teams – but they do have the Champions and Europa League licenses.

Expect PES to continue to exploit these – with bags more detail during pre-match / post-match build up.

Konami also has an exclusive partnership with the Brazilian Football Confederation, which gives them full rights to all 20 teams in the Brazilian domestic league.

Plus, it’s never been easier to download Option Files from other players that include all the official kits created by the community with File Sharing.

While FIFA is slow and considered with an emphasis on build-up play, PES is fast-paced and frenetic.

Some believe FIFA’s gameplay isn’t as fun as it has been in the past, which gives PES another opportunity to strike.