Dream Team has been momentarily paused while we play out the international break, which means now is probably a great time to reassess your team and maybe make a few changes here and there.

With that in mind, here are some of the best new players we’ve added to the game in the last few days – including all of the movers and shakers from transfer deadline day.

What’s this? Another defensive signing for Pep Guardiola’s Man City?

He certainly loves splashing the cash on his back-line, with City paying £65m for Dias in the wake of their humbling 5-2 defeat by Leicester a couple of weeks ago.

Signed for the first-team, the Portugal international comes highly-regarded from his time with Benfica and there’s a hope among fans that he’ll be their long-term replacement for Vincent Kompany.

He remains untested at Premier League level – other than his reasonably respectable debut in the 1-1 draw with Leeds last week – but on Dream Team he does start off cheaper than his club-mate Aymeric Laporte and the hapless Harry Maguire, among others, so he might be worth a gamble.

We love attacking full-backs when it comes to fantasy football, don’t we?

They don’t come much more attacking than Telles either, who’s renowned for his marauding runs, pinpoint crosses and devilish left-football.

The new Man United signing picked up an eye-watering 11 goals and eight assists in the Portuguese league with Porto last season, although the majority of those goals came from the penalty spot – proving that Telles will be a suitable spot-kick deputy to Bruno Fernandes.

It seems he’ll come into the team and be United’s first-choice left-back straight away ahead of Luke Shaw, who’s struggled in the early weeks of this season.

He’s quite the bargain too – starting out at £2.5m, which is the same as his new teammate Brandon Williams. 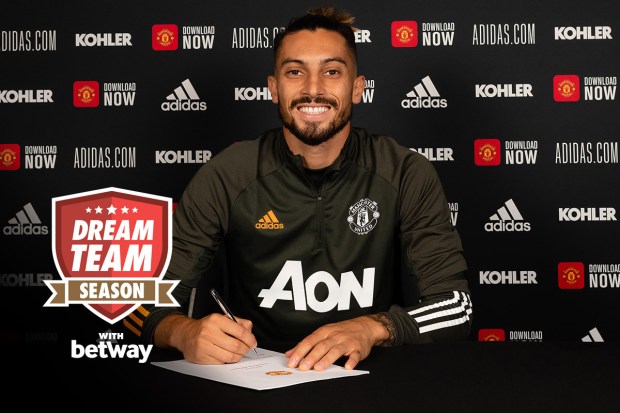 It took them a while, but Arsenal eventually snapped up their long-time target Partey on transfer deadline day.

The dynamic Ghanaian midfielder, who arrived at the Emirates from Atletico Madrid, is a huge upgrade for their midfield; capable both defensively and offensively.

However, we’re not completely sure what he’ll bring to Dream Team this season; while he’ll certainly pick up the odd goal or assist, we’ve mostly seen the defensive, hard-working side to his game at Atleti.

Sadly, hard work doesn’t translate too well into Dream Team points, and while he’ll definitely be one of the first names on Arsenal’s team sheet – he might be an expensive risk for your team in these early weeks.

Leeds have a real gem on their hands with new signing Raphinha.

He was one of the main players at French side Rennes last season, originally bought as a replacement for Watford-bound Ismalia Sarr.

He went onto score five goals and pick up three assists in the league, and his skill and pace helped the modest club achieve their highest-ever position in Ligue 1 as they qualified for the Champions League.

This season, he’s already played in six games for Rennes, scoring two goals and registering two assists before his move to Leeds, and he could be a genuine bargain buy for your Dream Team in the coming weeks.

Have a look, man.

After a false start with Everton and a fairly promising season-and-a-half out in Germany with Leipzig, Lookman is back in the Premier League with Fulham – and he’ll be keen to back up the hype that surrounded him a couple of years ago.

The 22-year-old is quick, tricky and a capable goal-scorer, and he’s already shown fans what he can do in a standout showing in Fulham’s 1-0 loss against Wolves last Sunday – where he picked up 3 Dream Team points for his performance.

You can expect him to be one of the Cottagers’ main attacking threats this season and a potentially cheap alternative to some of fantasy football’s main attacking midfielders.

Another youngster who’ll be hoping to show the doubters what he can do is former Liverpool academy star Brewster.

Signed by Sheffield United this week, the 20-year-old impressed at Swansea last season while on loan – netting 11 goals in the Championship for the Welsh side.

He’ll be hoping for a main role with the Blades this term too, especially after the stop/start early years to his career which were plagued by injury problems and heavy competition for places at Anfield.

He’ll have his eye set firmly on a place in the starting line-up when Sheffield United host Fulham next week – especially as Chris Wilder’s side have yet to pick up a point so far this term.

Did we save the best until last?

Not many Man United fans were particularly thrilled when they found out Cavani was making his way to their club on transfer deadline day.

While the Uruguayan is widely considered one of the world’s best strikers in recent years, his age – he turned 33 back in February – coupled with his lack of game-time for PSG last season makes him a particularly uninspiring signing.

But the towering striker could add some much-needed fire-power to United’s attacking ranks, with his size and strength something Ole Gunnar Solskjaer’s side previously lacked.

It’ll take a while for him to regain his fitness, but once he’s ready… he could become a genuine force for United and your Dream Team (or, he could be another Radamel Falcao).

Dream Team Euros bosses are ditching Harry Kane in droves - are they right?

Who could have predicted Denzel Dumfries would make Euro 2020 his playground?

How many Italians should Dream Team Euros bosses have in their XI?

3 transfer suggestions based on Euro 2020's first round of fixtures

Dream Team Euros best XI from the first round of fixtures

JACK OUT THE BOX

Injury news and team updates ahead of Dream Team Euros