Everything is not always as it seems on Dream Team.

Fix yourself a strong drink and settle down as we share with you Dream Team’s top five unexpected fantasy football stats from last season.

One or two of these might give you food for thought as to who you should consider for your team this season – you can sign up here and start picking now!

Mustafi (£2.5m) was almost exclusively the whipping boy of last season after a series of comical errors costed Arsenal.

However, it turns out that the real-life meme was actually quite handy on Dream Team and can reflect fondly on his return of 99 points – a total that made him Arsenal’s fourth-highest points scorer of the season.

The German managed to outscore any Man United defender, including their Player of the Season Luke Shaw and the widely-praised Victor Lindelof.

And get this, Premier League champion Vincent Kompany was also left eating Mustafi’s dust as the Belgian trailed behind on 79 points.

If you could go back to the start of last season and tell yourself one thing, what would it be?

“Snap up Doherty for £1.5m” is the answer that every Dream Team player would give to that question.

The Wolves man was the surprise package of the season and racked up an obscene 189 points from right-back.

Doherty (£3.5m) ended the campaign with a price tag of £4.5m – the biggest price increase of any player.

Hindsight is a wonderful thing, eh! 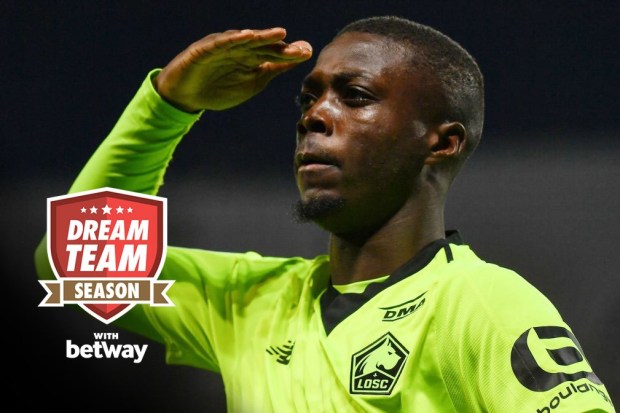 Morata finally put Chelsea fans out of their misery when he departed for Atletico Madrid this summer.

The Spaniard failed to set the Premier League alight, especially in his final six months with the Blues during which he racked up just 69 points on Dream Team.

However, Morata’s modest tally before his mid-season switch last January still managed to surpass any total of a Huddersfield player – despite the Spaniard playing five months less football.

Steve Mounie is the Terrier who came closest to Morata, with a measly return of 49 points for a whole season’s work.

Rumour has it that Huddersfield players sleep with the light on to avoid being spooked by the ghost of the Spaniard.

4 Willy Caballero should have been Chelsea’s first-choice goalkeeper

While Kepa (£3.5m) was busy telling Maurizio Sarri what he could and couldn’t do, Caballero (£1m) was doing what a normal goalkeeper should do, waiting patiently in the wings for his chance to shine.

The Argentine barely featured for Chelsea all last season but can still hold his head up high after he achieved the best points average of any goalkeeper on Dream Team.

5 Alisson was the most fruitful signing of the season

Of all last summer’s marquee signings, Riyad Mahrez, Jorginho and Naby Keita would have been long odds to fail to match the points tally of Alisson.

Alas, much to the disappointment of Twitter trolls everywhere, the Brazilian proved himself worth every penny of the £67million that Liverpool paid Roma to solve their goalkeeping woes.

Alisson’s impressive 196 points from last season was the biggest total achieved by any summer signing.

If you listen closely enough, you can still hear the sound of people rushing to delete their old tweets.

Injuries and suspensions ahead of Dream Team Game Week 17

Alarm bells should be ringing for Dominic Calvert-Lewin owners