With only eight games remaining until the end of the Premier League season, the next few weeks could be crucial. 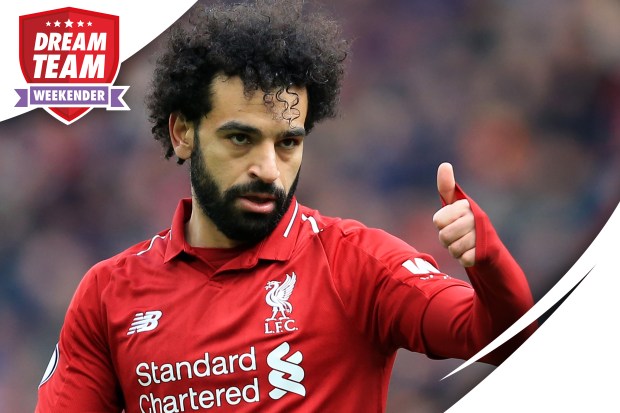 All eyes are on Eden Hazard at the moment, as he remains the best points scorer on the game this term.

But despite Hazard’s position at the top, it’s Mohamed Salah who’s the most popular player – with over 60% of you opting for the Liverpool forward in your team.

On the one hand, Salah’s overwhelming popularity makes perfect sense.

After all, he’s not had a particularly bad season – especially when it comes to fantasy football – as he’s currently the fourth-best player with 213 points.

What’s more, it’s pretty hard to forget how ridiculously good he was last season, when he finished up with an eye-watering 412 points.

But as we reach this crucial stage of the year – where every game and every point makes a difference – it might be time to re-think Salah’s place in your Dream Team.

Why on earth would you take Salah OUT of your Dream Team at this stage of the campaign?

As Liverpool march slowly but surely towards the Premier League title, the Reds striker will be their most important player over the next few weeks.

And compared to their title rivals Man City, Liverpool’s run of games between now and the final game of the season are relatively favourable.

With the exception of two tricky-looking clashes against Spurs and Chelsea, Liverpool face the likes of Fulham, Cardiff and Huddersfield in their upcoming matches – all teams you’d expect Salah to enjoy himself against.

He’s also netted a combined total of nine goals against both Chelsea and Spurs in the past, so he certainly knows how to score against these two Prem giants.

All that aside, he’s only behind Hazard, Harry Kane and Raheem Sterling in terms of Dream Team points this season – which means he’s outscoring the likes of Paul Pogba, Pierre-Emerick Aubameyang and Reds teammates Sadio Mane and Virgil van Dijk.

It’s scary to think we’re nearly half-way through March and Salah is still the most popular player on Dream Team.

You need to forget about last season, because he’s just not been at the races in recent months.

In his last five outings for example – in the matches against Bayern Munich, Man United, Watford, Everton and Burnley – the Egyptian has scored just three Dream Team points overall.

In fact, since the beginning of 2019, he’s picked up zero points in EIGHT separate games.

Outside of fantasy football, he’s struggled for goals – scoring just once in his last eight matches.

He’s still notched an impressive 17 goals this term, but his form has dramatically dried up as Liverpool’s lead at the top of the table has been chipped away by City.

In comparison, the likes of Sergio Aguero, Aubameyang and Sterling have been in red hot form, and they’re all cheaper than Salah’s current price of £7.6m.

So, what are you going to do?