A lot has changed since the beginning of 2019.

Liverpool’s rule at the top of the Premier League table has been chipped away by Man City, while Chelsea have seemingly imploded under the smoke-cloud of Maurizio Sarri’s tactics. 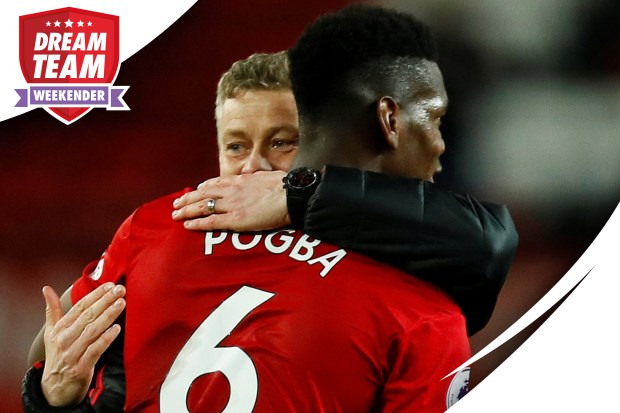 But who’ve been the best players in 2019 in terms of fantasy football points scored?

We’ve crunched the numbers and come up with the top five players on Dream Team this year (so far).

He’s netted nine times in 2019 so far, including two hat-tricks – coming against Arsenal and then Chelsea at the weekend – making him the standout star of the year.

So it’s a good thing he’s the third-most popular player on Dream Team at the moment, with over 45% of you currently opting for the Argentinian and enjoying his consistent haul of points.

It’s been a good couple of weeks for Aguero’s City strike-partner too.

Like Aguero, Jesus has netted nine times in 2019 – although four of those came against Burton Albion in the Carabao Cup.

We’re not judging, as that little outing against the League One punchers earned the Brazilian youngster a tasty one-off haul of 35 points.

Not bad at all.

Pogba is officially the most in-form player on Dream Team since Ole Gunnar Solskjaer’s arrival.

It’s no surprise, as the Frenchman has been lethal for Man United – netting eight goals and five assists in the eleven games he’s played since Jose Mourinho’s swift Old Trafford exit, with four of those strikes coming in 2019.

Of course, the less said about his run out in their Champions League clash against Paris Saint-Germain, the better.

It’s certainly been a difficult few weeks for Chelsea.

The Blues have lost four games in 2019, including two hefty defeats in recent outings to Bournemouth and Man City.

Even so, Hazard has still been one of the best fantasy football players around, including fruitful outings against Spurs and Huddersfield.

Son really has been terrific this season.

Even with a break for the Asian Cup finals – which saw him miss three games for Spurs in January – the South Korean has managed five goals in 2019.

All eyes will surely be on him in Spurs’ Champions League clash with Dortmund on Tuesday evening, as the forward’s netted eight times against the German giants in his previous 10 outings.